No one can imagine that just being good at what you do as a scientist could lead to your murder, right? Not so, it seems. Everything points to a suspicious death in this case reported by Listverse. 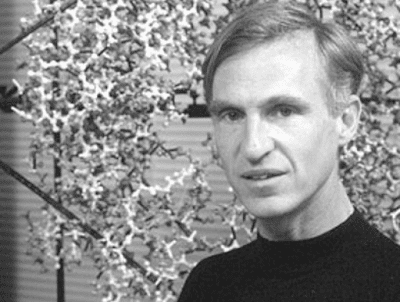 When Dr. Don Wiley’s dead body was dragged from the Mississippi River on December 20, 2001, his death was ruled a homicide by both Arkansas and Tennessee police forces. The biophysics expert was last seen over a month earlier on November 15. His seemingly abandoned rental car was found the following day on a bridge in Tennessee. The FBI soon became involved in the case, and they declared his death accidental, stating that he had fallen from the bridge shortly after exiting his vehicle.

Suspicions remained for some, however. Firstly, the bridge in question had a 2-meter (6.5 ft) fence on its sides, which would make it difficult, if not impossible, to “fall over.” His death also came in the wake of the Anthrax postings in the United States, with many stating that Dr. Wiley was one of the few people who would have been able to accurately trace exactly where the deadly substance had originated.

First of all, how in the world does someone "accidentally" fall over a fence that is 6.5 feet tall? That alone seems a bit strange to me. As much as I hate to say it, this whole thing just reeks of some kind of cover-up. Call me crazy, but that's the way I see it...sorry!

Just the thing to mark my return to blogging, right? Still don't know if I'm gonna do this everyday or not, but we will see what happens, I reckon. OK? OK!

Coffee in the kitchen this morning. It's supposed to rain later, but you know how that goes, don't ya?
Posted by HermitJim at 12:00 AM

Labels: strange death for a scientist

it's good to see you back!

Hey Rob...
Actually it's good to be back. I missed you guys.
Thanks for stopping by today!

Welcome back!!! I agree. I can't see someone accidently falling over a 6 foot fence...As for not posting ever day...You need to do what us best for you. Just don't be gone to long...we worry:))

I am glad you are back. As far as the everyday posting, I know it can become a miserable chore. Take a break frequently and do not let the blog rule your life. After 12 years of almost daily blog writing, I have found I need to get a day or two off frequently. Take it and relax on the writing so it will be fun again.

Welcome back. We missed you. The whole incident sounds rather "fishy" to me.

Hey Mamahen...
I sure don't ant to cause any worry for anyone. That's the reason that I try and give any advance notice when I won't be posting even for a day.
Thanks for coming over today!

Hey Barney...
Good to hear from you, my friend. Sounds like good advice to me.
Thanks for the visit this morning!

Hey Linda...
I sure agree that it sounds a bit fishy. The FBI must now something they are not sharing.
Thanks for coming over today!

Happy to see you back special friend. I quit blogging everyday as I feel I have nothing of interest to write about now that I am not traveling anymore. You always have something interest but if your not in the mood don't worry as long as we know your OK

Now for this post, hmmm I love mysteries, He may have climbed up there and jumped, there would have had to be more than one assassin if it were murder so they could throw his body over a 6 1/2' fence. Something to ponder today around the coffee table.

Hey Jo...
Certainly couldn't have been an accident, I think. This is more than meets the eye, it seems.
Thanks, dear, for dropping by this morning!

There have some mysterious murders of scientists in recent years. Makes one wonder. Enjoying some Peruvian coffee today.

Hey Sixbears...
The link I provided points to a number of those deaths. Something strange is afoot, it seems.
Thanks for the visit today!

Welcome back! Can I have an iced tea instead of coffee? We are under a heat advisory!🚿

Welcome back,
I don't comment often, sort of just sit in the back and snatch a cookie now and then, but I do miss your patio/kitchen when your not around.

Can I offer anybody some rhubarb pie?

See, all your blogging buddies really missed you, but Barney seems to have the best idea.

Glad to see you back in print (or are you really just in the ether), see you in person on Thursday ~

Hey Ian...
Iced tea isn't a bad idea, my friend. Just happen to have some handy.
Thanks for the visit today!

Hey Dennis...
Never had any rhubarb pie before, so I reckon I should try it.
Many thanks for coming over today!

Hey sis...
Always a pleasure to have you visit, that's for sure. Bring cookies!
Thanks for dropping in today!