Some of us are old enough to remember the ol' Sears catalogs, for sure.

Not only did it refine the way many folks did their shopping, especially in rural areas, but it became almost a form of entertainment around the house (and the outhouses) for lots of families! Sears probably did more for the retail business than any other person before and it was due to, in large part, his famous catalogs!

Sears, Roebuck & Co.: An idea whose time had come 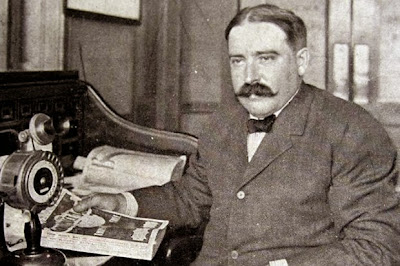 Richard W. SearsThe roots of one of America’s largest retailers dates to 1886, when Minnesota railroad station agent Richard Sears received a shipment of watches that a local jeweler refused to sign for. Sensing an opportunity, Sears established a side business selling the watches to other agents, eventually quitting his railroad job to focus on his new enterprise. The following year, an ad Sears had placed in a Chicago newspaper brought watchmaker Alvah Roebuck into the business, which quickly expanded into a general mail-order catalog that catered to America’s rural residents tired of the higher prices typically charged at their local stores.The retailer became famous for its catalogs, which could be hundreds of pages long and featured a broad array of items, including clothing, tools, musical instruments, headstones and even ready-to-assemble houses. In 1925, with increasing numbers of Americans moving to cities, Sears opened its first retail store, in Chicago.

This was probably the first ever "wish book" for many folks. I can remember nearly every relative I knew had an old Sears catalog around. I spent many afternoons looking at all the pictures and doing a lot of day dreaming, ya know?

Coffee on the patio this morning. How does 72 sound for a temp today?
Posted by HermitJim at 12:00 AM

The passing of another American icon.

As a kid I loved the Christmas catalog. That one was full of wishes. It got pretty dog eared by the time Christmas rolled around.

I remember my grandfather ordering from the Sears farm catalog in the 1960s. One year he ordered baby ducks! He also ordered the saddle for our pony from there.

You can still get copies of the earlier catalogs - it's fun to see what people needed and used. You're having a heat wave down there!

I soooo remember the Sears Catalog. I got to pick my christmas stuff from it every year. It was a staple in our house. I will be very happy to sit on your patio - 72 sounds divine to me (supposed to snow here today). I'll bring the donuts.

I have a copy of the Catalog. But it's a shame what Sears has turned into. That man must be rolling in his grave.

Or day temps are fantastic too. but nights still really cold. See you on the patio.
did you know they added not one but 2 spellings to this annoying not a robot crap

My grandparents always had a Sears Catalog, and yes, I remember looking through one while sitting in the outhouse

Replaced by the Internet and online shopping. :-{