Most of what we think we know about gunfights in the old west is incorrect. Here is a story about a real gunfight to show what it was really like. 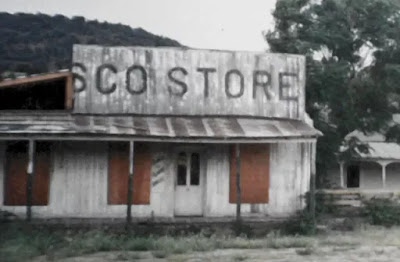 As far as one-sided shoot-outs go, there is probably none greater than the gunfight that took place on December 1, 1884 in Reserve, New Mexico. On one side, we had just one lawman by the name of Elfego Baca. On the other we had a group of angry cowboys numbering anywhere between 40 and 80 people.

It all started when Baca arrested a drunk by the name of Charlie McCarty for shooting his guns randomly. However, McCarty had a lot of dangerous friends who soon came demanding his release. Baca managed to fend off this initial attack when the leader was killed by his own horse toppling onto him.

By this time, word started spreading that there was some kind of Mexican uprising, so an angry mob formed to deal with it. When the mob arrived in town, Baca was holed up inside a small house belonging to a local. When William Hearne, the leader of the mob, tried to break down the door, Baca killed him with two shots, officially starting a shoot-out that would last a staggering 36 hours.

Supposedly, up to 80 people took part in the gunfight and shot up to 4,000 rounds into the house. None of them hit Baca. The reason: The house had a dirt floor, and he’d dug a hole into it, lending himself cover. Eventually, the posse ran out of bullets. When proper authorities arrived, they surrendered, leaving Baca victorious.

Guess this just proves that even the good guys can win once in a while.

Coffee inside this morning. Way too cold out on the patio.
Posted by HermitJim at 12:00 AM

What an an interesting story!

Baca thought to dig a hole in the floor and I'm glad he won the "shoot-out". Still bitter cold here again today. Brrrrr

Hey Mamahen...
Glad you liked it.
Thanks for stopping by today!

Hey Linda...
Thinking smart can save your life at times, I reckon.
Thanks for coming over today!

I think that mob must have beeb pretty mad. Smart move on Baca's part

Chilly here this morning at 48 but it says it feels like 43 I'm going with the 43. Coffee in the kitchen sounds pretty good to me.

Hey Jo...
I sure don't like the cold, but guess we are stuck with it for a while.
Thanks, dear, for dropping by today!

I remember the debut of that Disney TV miniseries about Elfago Baca in the late '50s. My father and I used to watch it together. Robert Loggia starred in it.

Hey Kathy...
Bet it was pretty good.
Thanks for the visit today!