No, not me ! The man in the following story did, though. Pretty tough gentleman, sounds like to me.

I mean, if I had the slightest notion that I had a spider crawl in my ear, I would have gone to the hospital right away! No messing around, ya know?


Did You Try Nuking It? 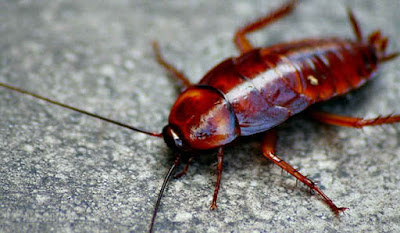 One morning in 2014, Hendrik Helmer woke up to a stabbing pain in his ear. Since he was from Australia, Helmer naturally assumed that a spider had crawled in there while he was asleep. With that in mind, he did what any Australian would do, and tried to ignore it. When the pain not only failed to subside but got worse over the next few hours, he decided to take action.

Initially, he tried to drown the beast with water. When that failed, he decided a vacuum might be able to suck it out, which just made the creature squirm around more inside him. With all his reasonable options exhausted, Helmer decided to try a last-ditch attempt and go to the hospital.

When the doctor examined Helmer, she could see that there was something alive inside, but could not quite make out what. In a short procedure, she poured olive oil into the man’s ear, which usually drives animals out of the ear canal. In this case, the creature appears to have drowned, allowing the doctor to remove it, and finally reveal that a 2 cm (0.79 inch) cockroach was the culprit behind all of Helmer’s pain. Helmer was relatively unfazed by his ordeal, although several of his friends began sleeping with earphones.

I can't imagine what's worse...a spider in the ear, or a roach! Personally, I don't want either one in my ear...and that's a fact!

Coffee out on the patio before it gets any hotter!
Posted by HermitJim at 12:00 AM

Labels: something in my ear

That is creepy. From now on, I will sleep with cotton in my ears. ugh

Yikes! Can't think of anything worse. Gonna be a hot one here.

That is something I always fear camping.

Coffee on the patio is fine as long as we can beat the heat.

Hey Linda...
It is kinda creepy, for sure!
Thanks for stopping by today!


Hey Momlady...
I'm sure there is something worse, but I have no idea what it might be.
Thanks for coming over this morning!


Hey Jo...
I think if we get an early start, we'll be OK.
Thanks for dropping by today, sweetie!

There are a lot of critters both large and very small that can enter the human body, live off of it, and at the least, make you miserable and at the worst, make you sick or kill you. There are some that can live in you unnoticed.

Hey Dizzy...
Now that is a scary thought, isn't it? Sadly, it's so true. Hope I never find out first hand what that is like.
Thanks for the visit this morning!

Hey Rob...
I feel the same way! Nothing pleasant about that!
Thanks for stopping by today!

Oh my goodness. I just read this and immediately started feeling as if I was covered with creepy crawlies! I might have to put ear plugs in before going to bed too. Was it their ear or nose that one of our brilliant sisters put a bean in and Mama had to take them to Dr. Johnson? Ann wasn't it? Love you, Bubba.

Hey B...
Funny, but I thought about that when I posted this. I think it was Ann, but I can't remember for sure.
Thanks, B, for the visit today!