This next story just goes to show that you never know when the Stupid Bug is gonna bite. It should be a lesson to everyone that is associated with illegal drugs in any way, shape, or form. 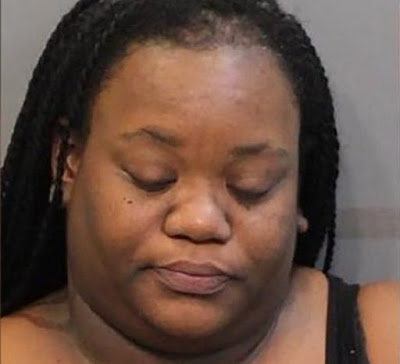 If he hadn’t been out of uniform, maybe she’d never have been busted. Unfortunately for her, the police officer was off duty when the Chattanooga waitress inadvertently spiked his water with a bag of cocaine in 2017. Jekievea Monchell Yearby’s mishap got her arrested on charges of assault, possession of a controlled substance, and possession of drug paraphernalia. The officer of the law called his colleagues to the scene, and they watched the surveillance video of the incident with the restaurant’s manager.

Caught red-handed, so to speak, Yearby admitted the bag of cocaine was hers, as was its twin, secreted in her bra. She’d accidentally dropped the drug in the officer’s glass of water when she’d served him. She said she doesn’t take drugs and isn’t addicted to them, but she does have other problems. Not only was she arrested, but she’s also now unemployed.

I don't know if people that use drugs are really stupid or if they are merely a little bit crazy. Whatever the reason , I don't think they have their head screwed on straight, ya know? Thanks to Listverse for this story.

Coffee out on the patio again this morning, OK?
Posted by HermitJim at 12:00 AM

That was really dumb. The video must have been interesting. Coffee sounds great so long as it isn't spiked (lol).

Most are just plain stupid like this fool in the story, some crazy and think they have to try everything just because they think they will never get hooked. It does bad things to the entire family too.

I'm up for some coffee on the patio.

Hey Momlady...
I can imagine that it was interesting, for sure.
Thanks for stopping by today!


Hey Jo...
Either way, it was a really bad move.
Thanks, sweetie, for dropping by today!

I don't like anything that messes with my thinking. I haven't had a drink of alcohol for over 30 years. I quit drinking because I liked it too much. I am not happy that I now have to take blood pressure and thyroid drugs. But at 74, I think I am doing quite well.

Some of the stories I could tell you of my days with law enforcement in Texas you probably would have a hard time believing. Stupid, brain-scrambled, etc. doesn't even begin to describe certain instances. We would look at each other and shake our heads! Isn't it hot enough to move into the kitchen yet? Love you, Bubba.

Hey Dizzy...
Like you, I used to be a drinker, and liked it a lot! I still like a little wine, though I want nothing to do with any type of drugs. VA takes care of whatever drugs I need to stay healthy.
Thanks for coming over today!


Hey B...
It's only 95 on the patio right now, and dry as a bone. I'm sure that will change before long, though.
Thanks for the visit today, sis!