No telling just how many folks went looking for this gold mine, not knowing if it was real or not.

Still, if you are an avid treasure hunter, not even the facts are gonna convince you that the mine doesn't exist. I would think that being shot at might discourage many opf us, though.


The Lost Sublett Mine 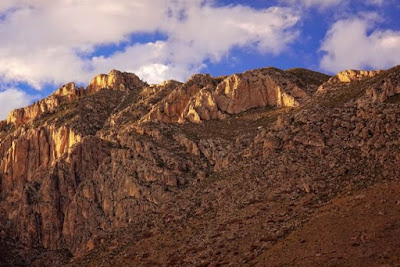 The Guadalupe Mountains, located in West Texas and Southeastern New Mexico, are said to be home to some of the richest gold mines in the world, a fact alleged by the famous Apache Geronimo. Ben Sublett, an old miner who lived during the 19th century, was supposed to have found a vein of gold, one so valuable he could mine $10,000 worth of gold in a week.[6] Unfortunately, the only evidence of his mine is a single hole in the ground, which is not much bigger than a man.

Long seen as a drunk and a liar, Sublett came into his local tavern one night, throwing down a handful of nuggets and proclaiming drinks were on him. A number of unsuccessful efforts were made to pry the secret from him, and attempts were made to follow him to his secret mine, but they were met with the business end of his rifle. Even when Sublett’s young son asked where the gold was located, Sublett told him to find it himself, like his father did. To this day, no one knows where the mine is located, and scientists don’t believe large gold veins are even located in the Guadalupe Mountains.

Maybe the mine is there and maybe it's not. Makes for a great campfire story though, either way.

Coffee in the kitchen this morning. Getting hot early today!
Posted by HermitJim at 12:00 AM

I personally love west Texas. It is beautiful to me although a very stark beauty. During my summers in west Texas I heard this legend many times. Never mind we were in the wrong part of the Guadalupes (or were we?) and pre-occupied with more important things than finding a gold mine, we never found it. Good luck to hunters, though. Thanks for reminding me of this old legend. Love you, Bubba.

Hey Gorges...
Appreciate the help with finding it!
Thanks for stopping by today!


Hey B...
Always glad to do my part to stir up old memories.
Thanks for coming over today.

Gee this sounds just like the story of the Superstition Mountains about an hours drive from where I live and they call it the Lost Dutchman Mine the miners name was Jacob Waltz. All sorts of stories about it. I find these stories great fun to read about.


Cloudy here today but the morning is still cool and we should only be in the low 90's today.

There's a lost silver mine somewhere along the northern Maine & NH border. Guy chopped out a big chunk of silver with an axe. Nobody was ever able to find the place again -or so the story goes.

I love lost mine stories.

Hey Jo...
They say there is a touch of truth to all the old legends about lost mines and treasure. Had to start somewhere, I reckon.
Thanks for dropping in, sweetie!


Hey Sixbears...
I think most all of us feel the same way. I know I do.
Thanks for the visit today!

I think a good plan to get your garden dug up is to tell your neighbors that you buried a bag of money less than a foot deep out there and can't remember where it is.