I don't know about you, but I am a little put off by the idea of eating anything grown in a test tube.

Seems to me that creating food in a lab somewhere just can't end well, ya know? Regardless, that seems to be the next step and those lab grown meats could be on the grocery shelves as soon as 2018. That is just plain scary to me, for some reason. 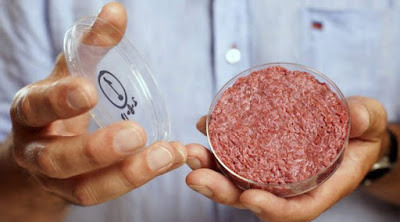 Nicknamed “schmeat,” the first lab-grown burger in the world debuted in London in 2013. It was created in the Netherlands by Dr. Mark Post, a professor of vascular physiology. His goal was to produce meat that didn’t cause “undue animal suffering and environmental harm” as traditional meat sources do. The project took him five years and $325,000 to complete.

After his success, Post went on to found Mosa Meats. Other companies also jumped at the chance to produce lab-grown meat of their own. Memphis Meats, a start-up in San Francisco, created lab-grown meatballs in 2016. They also grew chicken strips—a world first.

However, these aren’t estimated to be available to the public until 2021. Another California company, Hampton Creek, unveiled plans to get lab-grown meat onto store shelves by 2018.

I picked up this article from the folks over at Listverse again. So what do ya think? Would you eat lab grown food? I guess it would all depend on how hungry we got, right?

Coffee out on the patio this morning, where it's still in the 70s.
Posted by HermitJim at 12:00 AM

Sorry, not interested, in being one of the 'guinea pigs' for the project. I would rather stand back and watch how others long-term health is affected by their bright idea. You know, like how eggs and fats are bad for you, and high carb diets are good for you and all the health consequences if you follow their advice.

Made an apple cake, if anyone would like a slice to go with their coffee.

I also am not interested in eating anything grown in a petri dish. I would rather take my shotgun out and go hunting in the woods. If that doesn't work I'll become a vegetarian. Thanks for the apple cake Judy. Have a great weekend everyone.

Hey Judy...
Don't want to take part in any test they have, nor do I plan to eat any when it does come out. Guess I'll stay with the tried and true. I'd sure like some of that apple cake!
Thanks for stopping by today!


Hey Linda...
I think I'll go along with ya on that! Just not interested.
Thanks for coming over today!

Isn't it ironic how some people emphasize fresh in the truest sense (The Kilchers who live very close to a town, The Mountain Men, etc.) when on the flip side others spend so much time and money on fake food? Wouldn't it really mess with the natural balance of things eventually? It was 47 degrees here when I went out to walk my dog so I have a pot of taco soup on the stove. Y'all stay for lunch. Meanwhile I would really like a cuppa and some cake. Thank you. Love you, Bubba.

It is hard to tell all is in our foods now-a-days and it will only get worse. And farmers' markets are getting hard to find.

Not for me, thanks, Bubba. I'll have some of that taco soup though, B. 'Betcha it's got ground chuck in it, huh? And watch out for Irma, too.

Hey Jo...
Most all of us would, I think.
Thanks, sweetie, for dropping by today!


Hey B...
47 sounds like your favorite kind of weather. I haven't had taco soup in a very long time!
Sounds good right now.
Thanks for the visit today. B!


Hey Dizzy...
Yeah, we never know anymore. Reading the labels won't work. either...'cause so many are nothing but lies.
Thanks for coming by today!


Hey Sis...
Yeah, that soup sounds pretty good, that's for sure.
Thanks for stopping by, sis!

I'd really rather not participate in another experiment as a lab rat... at least not until the effect of genetically modified food on humans has had a few generations to see what happens.