Sometimes it's interesting to find out the origins of everyday objects, don't you think?

So many things end up being used for purposes far removed from what they were intended for. This is but one of many.


Wi-Fi Started As A Way To Detect Black Holes 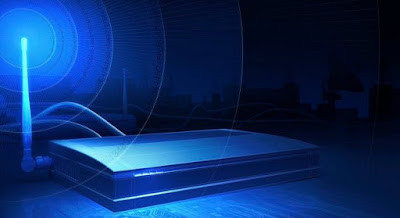 Wi-Fi started with a physicist named John O’Sullivan. He had read Stephen Hawking’s theory that small black holes may evaporate, sending out radio signals when they do, and O’Sullivan wanted to prove it.

In theory, we should be able to detect these signals from Earth. These radio signals would be slight and hard to spot, but O’Sullivan worked hard to develop a mathematical tool to find them. For a long time, he stared out into space but he found nothing.

Then, in 1992, he took a job with a company that was trying to make wireless computer networks. Nobody could pull it off until O’Sullivan applied his black hole detection tool to the network—and it worked.

O’Sullivan’s ideas melded into what became Wi-Fi—a tool that was originally meant to spot black holes.

I found this information over on Listverse. Pretty cool stuff over there.

Well I'll be dogged! Always wondered how it came about and now I know. Thanks, HJ. Maybe I can dazzle somebody with the knowledge.

At least now we know how this was figured out. Pretty interesting stuff.

Going to be a little warmer again it's only down to 64 this morning and back into the mid 90's for the highs for the next few days. But still better than triple digits.
Still nice enough enjoy the patio for our coffee

Pretty cool morning here in NH. 40 with highs predicted in the 50s. Today and tomorrow are supposed to be more fall-like, but then summer temps return. Enjoying a coffee, looking over the lake and watching the leaves turn color.

So far the only black hole that my Wi-Fi has found is the one that surrounds me (grin).