In the next story, I am at a loss as to why this woman wasn't charged with multiple counts of murder.

Perhaps the worst thing of all was the efforts to maintain a cover-up. Shameful...absolutely shameful!


A Shocking Report Revealed Mass Deaths At An English Hospital 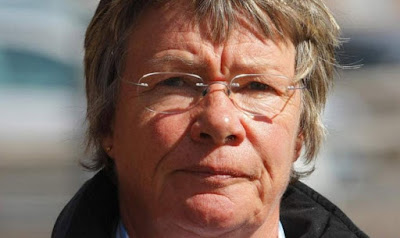 Dr. Jane Barton may soon be infamous. This week, a shocking report into patient care at Gosport War Memorial Hospital placed her firmly at the heart of a scandal that unfolded between 1988 and 2000. Set up in 2014 by the UK government, the official Gosport inquiry claimed this week that Dr. Barton routinely prescribed dangerously powerful opioids that led to the deaths of between 456 and 650 people.

There is no suggestion that Barton was a serial killer. However, there is plenty of suggestion that she ran a horrifically incompetent regime on her ward. She pressured patients to take unnecessary drugs to knock them out and lighten her workload and forced nurses to routinely give patients potentially lethal doses of painkillers without medical justification.

Perhaps even worse is the evidence the inquiry found of a cover-up, suggesting the NHS and local police closed ranks to protect Dr. Barton. The families of the dead are now demanding that she be prosecuted. For her part, Dr. Barton has blamed the deaths on her being overworked.

This article makes me feel sick to my stomach, to say the least. Thanks to Listverse for this horrifying story.

Coffee in the kitchen this morning. Still too hot out...
Posted by HermitJim at 12:00 AM

Oh my. I am at a loss for words. I don't understand how some people can live with themselves 😞

You aren't the only one this story makes sick. I hope they prosecute her for murder.

If there was a coverup I hope they also prosecute those who were complicit.

Hey Mamahen...
Hard to understand, isn't it?
Thanks for stopping by today!


Hey Linda...
Sounds appropriate to me. She deserves at east that!
Thanks for coming over this morning!


Hey Momlady...
That would be my wish as well. Only seems fitting, ya know?
Thanks for the visit this morning!

It is serial killing in my mind. The woman should be charged as so. And yes everyone that has covered for her should also be charged.

Coffee in the kitchen is OK then off to buy some new raised toilets its time.

This matches the level of stupidity exhibited by many hospitals in Australia and England during the early '80s. Huge numbers (in comparison to normal) of patients dying from infection. Years of investigation concluded that hospital staff needed to wash their hands between patients.

In the 1980s. Only over a hundred years after Joseph Lister published his findings (1867) regarding antiseptic behavior.

Why did so many not wash their hands and maintain good sterile practice? It cost money and time.

Things haven't gotten much better, not with witches like this running wards.

Regarding using excessive opioids, here in the States the process is called 'snowing.' It is commonly but improperly used to keep noisy or difficult patients under 'control.'