The Tax On Witchcraft...!

Did you know that in Romania, they have a tax on witchcraft? I didn't know either. Pretty strange if you ask me...and it might not be a good thing to mess with, just in case! 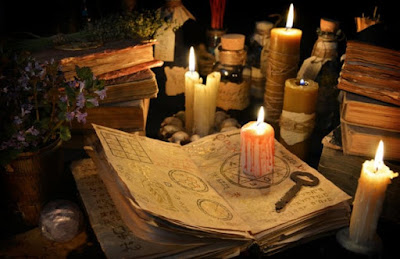 Witchcraft and fortune-telling is big business in Romania, where many people still believe in superstitions. However, the trade was not recognized by the government and, thus, was not taxable. This changed when Romania found itself in recession.

To generate more money, the government imposed taxes on several occupations it had previously not been taxing. This included controversial professions like witchcraft, fortune-telling, and astrology as well as less questionable jobs like diving instructors, valets, and embalmers. According to the new law, they were all required to pay 16 percent of their income as tax.

The tax divided opinion among Romania’s witches. While some viewed it as the official recognition of their job by the government, others disagreed. They were hostile toward the new tax and threatened to cast spells on the government. The witches warned that they would gather at the tip of the Danube River and throw a mandrake plant into the water to curse the politicians who had created the new tax.

I'm not so sure how they figure that valets and embalmers are questionable jobs, but I reckon that a government has to do what it has to do. They will anyway!

Coffee out on the patio this morning. Only supposed to reach 92 which is better than it has been.
Posted by HermitJim at 12:00 AM

Interesting! I guess I'm not sure what to think about that. We'll think about it while we enjoy the patio today:))

That is quite interesting. Had no idea that witchcraft was an occupation. Cooler here today and cloudy. Have a great weekend.

It isn't an occupation but more of a calling (witchcraft). And if one believes in it strongly enough it can be very effective. Guess you could say the same thing about believing strongly about any religion.

Why not? It's taxed here, if someone's making money off it. You know the government, if it involves money, it involves a tax. Having a fresh coffee while watching a blue jay check out my deck.

Hey Mamahen...
It does seem to be a topic for discussion, doesn't it?
Thanks for stopping by today!


Hey Linda...
Not sure I would call it an occupation, but many folks feel that it is more a religion.
Thanks for coming by this morning!


Hey Momlady...
Evidently the government there believes enough to charge a tax. Just a thought...why not tax
politics and the people that practice that?
Thanks, my friend, for stopping by today!


Hey Sixbears...
The government will always find a way to get their share, no matter what.
The Jays are very active here as well.
Thanks for the visit this morning!

I never gave it much thought but I guess if your making money then the government will be right there to collect part of it. Yes good topic this warm morning.

See you all on the patio, not going to be any cooler here today 106 yesterday and calling for the same today

Hey Jo...
I reckon they don't miss too many chances to get their share, for sure.
Thanks, dear, for dropping by this morning!