Even if Hillary manages to win the election, she will not be the first acting female president. Another woman was the first!

It's true that Mrs Woodrow Wilson was never sworn in, but she took over many of the tasks of running the White House when her husband became ill. Here is her story, straight from the folks at Listverse.


The First Female President Of The United States 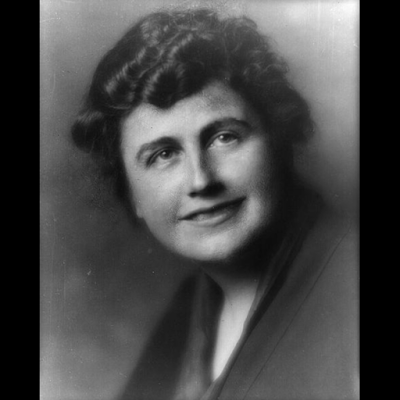 Unless you’re reading this years after it goes live, you’re probably aware that there’s a buzz surrounding a former first lady becoming the first female president of the US. Whether or not Hillary Clinton takes the crown in November is something we’ll have to wait to find out. But even if she carries the election, Hillary might do well to remember that she’s not the first woman to take control of the White House. In 1919, another first lady beat her to it.

In October that year, Woodrow Wilson suffered a titanic stroke that left him bedridden, incoherent, and in need of constant monitoring. Vice President Thomas Marshall moved to have Congress declare Wilson incapacitated, making him de facto president. Unfortunately for Marshall, Wilson had other ideas. In this instance, we don’t mean Woodrow. Edith Wilson shut her husband up in a bedroom to recover and proceeded to take over as acting president.

For the next four months, Edith oversaw meetings, saw governors, senators, congressmen, and the press and conducted the White House’s internal affairs. While never sworn in, she did everything a president has to do, including making life-or-death decisions that affected millions worldwide. It has even been suggested that she didn’t consult her husband on many of these decisions, meaning that Edith was for all intents and purposes running the country.

Of course, calling Edith the “first” female president depends on how you define “president.” Edith never took an oath of office, potentially disqualifying her. (She wasn’t elected, either, but neither were guys like Gerald Ford or Andrew Johnson.) On the other hand, she did everything we expect a president to do, all while helping her husband get back to good health. It’s a remarkable story and one that deserves to be more widely known.

As most of you know, I don't get into politics or religion very much on this blog. In this case though, I thought it important to remind us all of the accomplishments of Mrs. Wilson. In my opinion, she did an outstanding job!

Coffee in the kitchen once more. Another couple of inches of rain is expected this weekend!
Posted by HermitJim at 12:00 AM

Thank you for posting this. I don't think I ever heard or read this story before.

Hope all will be well in your area with all that rain.be safe my Friend

In fear of being criticized, I usually keep my political thoughts to myself. I have nothing against a woman president, just not Hillary.

Hey Jo...
Many times things like this get lost to history, or are totally ignored.
The rain just keeps on coming and the flooding is always a danger with this much water.
Thanks for dropping by today!


Hey Dizzy...
I have to agree with you about Hillary. Hate to see her win, 'cause I just don't trust her!
Thanks for coming over today!

Couldn't agree with you gentleman more. There are a lot of women out there that are way more capable of doing the job...and are honorably.