Today's talk is about something that's strange, to say the least! Better yet, it(or at least parts of it) are true! At least as far as Wikipedia is concerned!

This whole thing sounds like a really bad movie to me, but I guess that it only goes to show that truth is much stranger than fiction!


Gavdos: The island of immortality 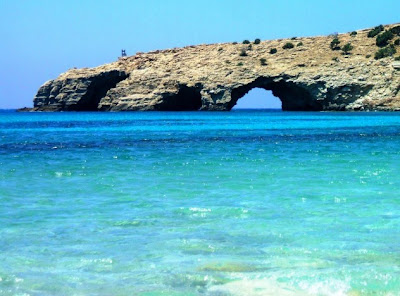 A gang of Chernobyl survivor scientists escaped to a remote island to resurrect ancient Greek theories and live forever. It sounds good, doesn’t it?

The official version of the story is that seven Russian scientists who survived Chernobyl migrated to a small God-forsaken island in the southern most point of Europe. They created an ecological house, helped the local people who loved the scientists from the very first moment. Their home is full of inventions. They built homes with whatever the land provided them. They have an underground shelter for relaxation and scientific research. That’s about all they claim.

On the other hand, there are mainly British and American conspiracy theorists that accuse the specific scientists for a series of things, such as that Gavdos is the source of immortality, according to Pythagoras, and this is the main reason the former Soviets went there. There’s also a theory that the Lost City of Atlantis lies under Gavdos, while the most ridiculous of all these theories is the one that suggests Gavdos is the main source of life and natural resources of all planet Earth and the Russians are attempting to control it.

The theory that sounds the most believable, and the only one Russian scientists never denied, is that four of them were in the last phase of cancer cause of radiation from Chernobyl and somehow they were all cured once they got to the island.

Just for grins, I looked this island up on both Google and Wikipedia and was surprised at the story! Makes for interesting reading, believe me!

Coffee out on the patio this morning. It's supposed to cool off and that would be nice!
Posted by HermitJim at 12:00 AM

Hmmm, that is strange and intriguing.

Hey Linda...
Sorta calls out for more investigation, doesn't it?

Looked it up, too! Beautiful place!
Glad it's cooling off - I'll bring something with chocolate in it.

Weird! Wonder if it cures arthritis too. Will have to look it up. We've been having cooler nights so mornings are great around here - less humidity too. Glad it is cooling off a little by you.

Something to read when stuck inside to hide from the humidity. Our nights and early mornings are nice and cool.

I'll be happy to pop over for some coffee with everyone.

Hey Phyllis...
There are so many places like this that I have never heard of.

Anything with chocolate is certainly welcome!

Hey, thanks for dropping by today!

Hey Jo...
You know me...always trying to help! In fact, I've been told that I'm a very trying person!

You find the most interesting stories. Coffee in the fresh airsounds nice, and of course the chocolate :)) Thanks for the invite!

Now that the word is out there will be millions of people flocking there. Where do they sell the tickets (grin).

Hey Momahen...
I'm happy that you enjoy the stories. Entertaining folks is what I try and do!

I sure appreciate you dropping by today!

Hey Dizzy...
It is a pretty looking place, for sure.

Believe it or not, they have a resort there! Found it on Google!

This is the kind of stuff you post every day that puts me in front of my computer for hours on end learning more. Today was no different......google google google!!!!

Hey Billy Bob...
One more reason to stay out of the heat!