I was one of the folks that always thought the poinsettia was a deadly, poisonous plant. Once again, I was wrong.

According to this article over on Listverse, the plant is not poisonous to have around at all. That's probably a good thing since so many folks use them for decorating this time of the year. Here is the article for your enjoyment.


The Poinsettia Is Incredibly Dangerous 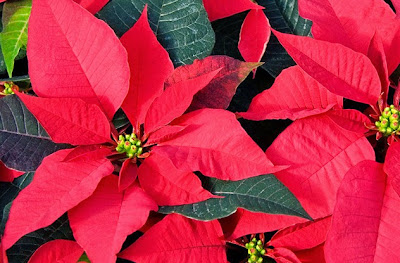 The poinsettia is almost as common a Christmas decoration as a tree in the family room. If you have pets or small children, you’ve likely heard that they’re at risk just by having the plant in the house. The poinsettia is highly toxic and extremely poisonous, according to common belief. Any curious explorers can end up in the emergency room after ingesting the plant.

That’s not true. The poinsettia has only a mild toxicity to pets, and ingesting the white sap of the plant won’t be deadly or poisonous. It might result in a little drooling, some discomfort around the mouth, or (in extreme cases) vomiting and diarrhea—but it’s not deadly.

The rumor goes back to a single unproven story from 1919. According to the urban legend, a two-year-old child of an Army officer died after eating a leaf from the poinsettia. The story has never been established as real, and organizations like the US Consumer Product Safety Commission have found no reason for the plants to even carry warning labels. Yet the myth has persisted.

It also overshadows another Christmas plant that can be more dangerous—mistletoe. Both American and European mistletoe can cause anything from mild poisoning symptoms (vomiting and abdominal pain) to low blood pressure, cardiac issues, and collapse. Pet deaths from eating mistletoe have also been confirmed.

Ya know, even though the poinsettia is not poisonous, I wouldn't eat any, if I were you. Better safe than sorry, I say. You might want to pass on the mistletoe salad while you're at it. Just hang it up and avoid nibbling on it, OK?

Coffee in the kitchen this morning. Ya'll can help bake some cookies, alright?
Posted by HermitJim at 12:00 AM

Hmm well old habita die hard, and one of our kitties is very curious , so ill still err on the side of caution and stick to silk flowers lol...nothing smells like cookies baking so will be glad to help :))

Old habits die hard - I will never munch on the leaves! But freshly baked cookies? You bet!

Now wait a minute I think this story kind goes back on itself a little. It is poison but your won't die? I still won't have them around and I surely won't test the effects.

What fun coffee and cookie making. It's 28 degrees here. I'm sure I live in Tucson..

I consider eating plants that are used for decoration inedible. Just don't want to wake any chances if you know what I mean.