Today, instead of murder and mayhem, we have a very unusual puzzle to talk about.

This particular puzzle shows up in January usually, and as of yet no one has figured it out. According to the folks over at Listverse, this puzzle has been showing up for at least 3 years all around the world. To date no one as solved it. 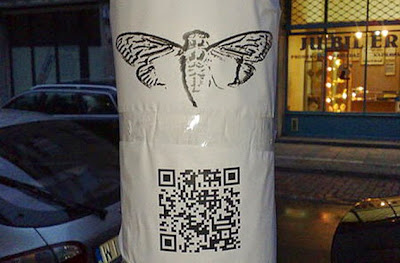 For the last three years running, the Internet has seen a bizarre puzzle game each January, hosted by someone who calls itself “3301” and uses cicada imagery. The puzzles are enormously complex. They draw on elements of cryptography, mathematics, literature, hidden messages, data security, and philosophy. Physical clues appear in places as diverse as Poland, Hawaii, Spain, Australia, and Korea. 3301 claims that its puzzles attempt to find “intelligent individuals,” for unspecified ends.

Whoever is behind the messages is clearly brilliant, so much so that most people believe the puzzles are meant as a recruitment vehicle. For whom, precisely, is another matter altogether. The most obvious suspects would be intelligence agencies like the CIA or MI6. However, any number of other resourceful entities could be behind the scheme. Major corporations like banks or software manufacturers like Microsoft would also gain from recruiting people with hacking skills and raw intelligence.

As of this writing, the third version of Cicada is underway and seems every bit as baroque and mysterious as its previous incarnations.

Now this is a mystery I'd like to see someone solve. It's cool, causes no harm to anyone (as far as we know), and it's not only interesting but very clever! How about it? Wanna try?

Coffee inside again this morning. Fried ham and biscuits sound OK?
Posted by HermitJim at 12:00 AM

Hey Rob...
That's kinda what I figured as well! Just never know now days!
Thanks for stopping by today!

First i've heard of this...aiiens would be my guess too...it's as good a theory as any...breakfast sounds good :))

Wonder what happens to the person that does break the code??? I'll bring the fresh eggs!

Be great to find out someone figured it out.

Hey Mamahen...
Nice thing about the Aliens...we can blame them for everything!
Thanks for coming over this morning!

Hey Phyllis...
Maybe a visit from the men all dressed in black? We may never know.
Thanks for dropping by today!

Hey Linda M...
Wonder why it's been kept quiet for so long?
Thanks for stopping by today!

Hey Jo...
Fresh ground coffee is a good thing.
Thanks, sweetie, for stopping in!