It's sad to say that most everything in today's world is pretty much gender specific. It hasn't always been that way, but now it seems that nearly everything is, especially toys! From Listverse again, here is the article I found about that. 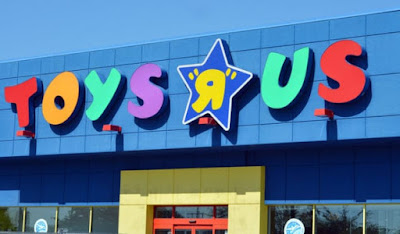 Pink is for girls and blue is for boys, right?

Wrong! In fact, gender-specific toys largely only date back to the 1980s. Throughout most of human history, children played with the same general toys and no one gave it much thought.

Then in the mid-1980s, toy catalogs started separating children’s playthings into categories and the divide began. This created the blue and pink toy aisles we know today (or knew until Toys “R” Us closed).

Actually, not everything is as divided by gender today as it once was. Back in the mid-1990s, a lot more products were split into gender-specific advertising campaigns than today. Even the first home computers came out as toys for men. Luckily, things are not that extreme anymore, but we have now created a society where everything from dolls to LEGO bricks to colors has a gender.

Way back in my early years, my sisters and I pretty much played with the same stuff and payed no attention. I mean, it's hard to make mud pies, sticks, and empty cardboard boxes gender specific...know what I mean?

We lived in the country,and my siblings and various cousins as they visited were the only kids around. My parents had 4 girls before having a boy, so I was 12 before my brother was born. My sisters and I had dolls and such, but we also had cap guns, and one if my most prized possessions was a genuine replica of the Riflemans gun.Those were the days:))

I played with any toy that was lying around the house - army men (I had an older brother) guns, dolls, sticks, built forts, etc. We never thought of toys as gender specific.

Sounds like you played with the same stuff I did, i.e. sticks, empty appliance cartons, mud. I also played mumbly-peg.

Hey Mamahen...
Yeah, I don't remember toys being too gender specific back in the day. Maybe we just didn't notice or care!
Thanks for stopping by this morning!


Hey Linda...
Pretty much the same for most of us in our age bracket. Not that we are old or anything!
Thanks for coming over this morning!


Hey Momlady...
One thing about it, I don't ever remember being bored. Always found something to do, mostly outside!
Thanks for the visit today!

I remember building toy guns out of scrap wood to play army with...

I was such a tomboy that I played with anything my favorite thing was climbing trees and looking for the enemy, yes I had guns, holsters, but also played with dolls. My dad could make just about anything so if we wanted a play kitchen dad made it of course out of cardboard but it worked. I fished made fishing lures. Today everything costs a fortune too! But my great grands play with anything girl or boy I like that.

Need some coffee right now it isn't as cold as they sayed it would be but it's cold.

Anytime you have a question about something, follow the money trail. After gender specific toys hit the market, the toy companies made twice the money because little brother wouldn't play with big sister's hand-me-down toys.

The irony is that we now have some folks forcing their boys to play with dolls and their daughters with action figures, so they won't be "gender bound."

Hey Rob...
I reckon most of us did that very thing when we were kids. It was mostly fun as well!
Thanks for stopping by today!


Hey Jo...
I think the best thing about that time for most of us is the freedom our parents allowed us about what we played. Great fun, for the most part.
Thanks, dear, for dropping in today!


Hey Dizzy...
I think that the same formula is used by the tech companies now days. Gotta convince us that we need a new gadget when we really don't.
Thanks for the visit today!


Hey Gorges...
Certainly goes against the natural way of things, or so it seems to me. Guess I'm old fashioned about that, though.
Thanks for coming over today!