We have all seen movies or read books about the super villians in the world, often coming up with wild and elaborate schemes to take over, right? Well, believe it or not there is a bit of truth to some of the stories.

It's unfortunate that our very own country is navel deep in some crazy schemes to play the spy game. Even some wild and crazy ones have popped up over time. But, just like the fictitious plans, some of these are not so successful. 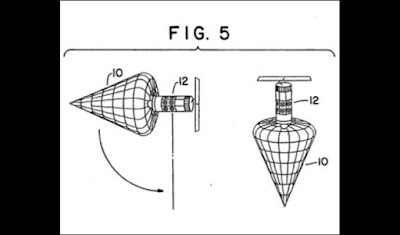 Remember in the Bond film Moonraker where supervillain Hugo Drax had a stealth space station in orbit that was invisible to the US military? The US military actually had such a program—code-named Misty—to secretly deploy stealth satellites into space to spy on enemies. These satellites couldn’t be seen through telescopes or tracked with radar.

The first satellite was launched by a space shuttle in 1990. But just a few days later, the satellite apparently exploded. Believing that this was an ordinary spy satellite, both Russian and American space experts thought that was the end. In fact, the explosion had been faked, and the satellite had deployed a stealth shield to hide itself while the experts were distracted by the explosion.

Less than a year later, however, the satellite was spotted briefly by amateur astronomers while it was maneuvering in space. As late as five years later, other sightings were reported, again by amateurs. The military learned a lesson. When the next Misty satellite was launched in 1999, it contained a decoy that threw off the civilian astronomers for a while.

However, at a cost of nearly $10 billion, these spy satellites weren’t useful enough in real life to justify the massive expense. The project was canceled in 2007.

Thanks to the folks over at Listverse for making this spy story available to us. Funny being caught by some amateurs, huh?

Coffee on the patio again this morning, OK?
Posted by HermitJim at 12:00 AM

Just goes to show how the government wastes our money. Hope Nanny is doing better.

Yes this country can sure waste money but I guess they all can in the race to be mighter than the next. Peace would be such a nice change.

Hope your Mom is doing better.
It started raining here around 11:15 last night and rained all through the night. We will be at 56 for out high today. So patio it is.

Hey Momlady...
Wish we could get a little back from all that waste. I could certainly use it!
Thanks for stopping by today!


Hey Jo...
Guess they can always find ways to send our money. I would love to see a good long spell of peace, but reckon that's not going to happen anytime soon.
Thanks sweetie, for dropping by today!

According to my Bible, there will always be "wars and rumors of wars". Seems to me that humanity is dead set on killing themselves one way or another.