I found an article on Listverse that has to do with some of the foolish taxes being charged by governments around the world. And here I thought our tax was bad! 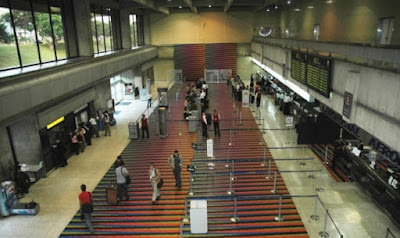 Venezuela does not actually tax people for breathing per se. However, it has imposed a special “breathing tax” of 127 bolivars ($20) on passengers flying out of Maiquetia International Airport in Caracas. The government stated that the tax was necessary to offset the cost of the newly installed air filtration system at the airport.

According to the Ministry of Water and Air Transport, the air filtration system sanitizes and deodorizes the airport and stalls the growth of bacteria, thus protecting the health of all passengers. Many Venezuelans mocked the tax on social media. To some, it was enough evidence that the airport was broke and desperate to raise money.

My guess is that if you really needed to raise some cash in a hurry, taxing breathing would surely do it! Wonder what the punishment is if you don't pay?

Coffee outside on the patio this morning...OK?
Posted by HermitJim at 12:00 AM

Hey Gorges...
Really something, isn't it?
Thanks for stopping by today!

I am really getting tired of some of these ridiculous taxes. That one is really stupid.

The fact that they get away with doing it is the scary part.

If you don't pay then you get Snuffed, my comment is about as dumb as the tax.

Patio is fine by me, woke up to the sound of rain again this morning.

Hey Linda...
They seem to get worse all the time.
Thanks for the visit today!

Hey Mamahen...
Yeah, I wonder why that is.
Thanks for coming over today!

Hey Jo...
We would never think your comments were dumb. The tax...you bet!
Thanks, dear, for dropping by this morning!