I swear that I could read all the Sherlock books over and over again, and have done so in many cases!

Part of the reason I like him so much is knowing what Sir Arthur Conan Doyle went through to create his more than famous character. That in and of itself would make a great book or movie! What you may not know is that Doyle used a real person as part of his character development! How cool is that? 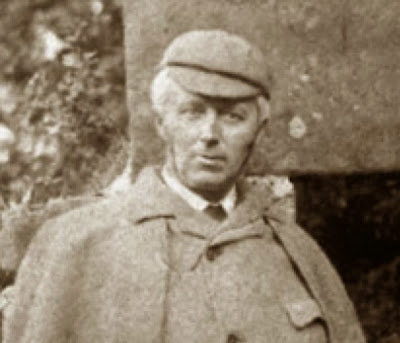 At first glance, Sherlock Holmes and a medical lecturer might not seem to have much in common. After all, Holmes is perhaps the greatest fictional detective of all-time, and certainly the most famous. However, when you really stop to think about it, it makes sense that Holmes would be based on a medical doctor renowned for his keen observational skills and superior intelligence. That man was Dr. Joseph Bell, and he was a lecturer at the University of Edinburgh in Scotland in the 19th century.

Bell was an acquaintance of Holmes’ creator Sir Arthur Conan Doyle, and in fact served as the doctor’s clerk at the Edinburgh Royal Infirmary. Bell was famous for being able to observe a man and instantly deduce things he could not possibly have known, which should like a familiar trait to anyone even loosely aware of Sherlock Holmes. Reportedly, Bell even advised the police in several investigations in Scotland, including the Ardlamont Mystery, and testified as an expert witness in the ensuing murder trial.

With inspiration like this, is it any wonder that Sherlock was such a great detective? I think not!

Thanks to everyone that made my day better by all the birthday wishes! I really appreciate it...a bunch!

Coffee out on the patio before the cold weather gets here! Anyone rather have hot chocolate?
Posted by HermitJim at 12:00 AM

Loved his books as a kid. maybe I should re-read some of them again!
Hot chocolate? I'll bring whipped cream for the topping. Glad you had a good birthday!

I have read many of his other books, he did other stories and even tried to stop doing Holmes but the demand was too great.

I loved Sherlock Holmes as a kid and young adult. I never knew the character was based on an actual person.

I think everyone has read some SH at one point or another. hmmm Now knowing it is based on a real person, i'll have to get out some of my hubby's copies and have another look. Hot chocolate....have to watch my sugar but one cup sounds great!

i loved reading Sherlock Holmes mysteries. Never knew he was based on a real character. Hot chocolate sounds good right about now as it is snowing outside. Have a great weekend.

This information was great as I didn't know this. I love the Sherlock Holmes movies on PBS when they show them, and I have read a few books I even have some DVD's I picked up for my travels to play on the computer.

Hope you had a great birthday.
It is raining buckets here. But I'll stick with coffee please.

Happy late Birthday Jim! Sorry I didn't say something yesterday. I just haven't been on top of things lately.

Hey Phyllis...
I think that Doyle's books could be reread over again, no problems!

Hey SunnyBrook...
Sherlock was truly a hero to many a folk, I reckon! Public opinion kept him around long after Doyle wanted him gone!

Hey Gorges...
Worth a second visit, in my opinion!

Many thanks for coming over today!

Hey Jo...
The older movies with Basil Rathbone are good! The newer ones aren't bad, though!

Hey Anne...
Not a problem, my friend! Always good to hear from ya!

I have read most of them but not all I'm afraid. Too long ago as well.

I had heard that a doctor was "the real" Holmes, they had a long article about that in the newspapers some years ago.

Have a great day!
Christer

For me Sherlock Holmes is a very good detective. I like his style of work.