We haven't had a good old fashioned missing person case on here for quite some time. Here is one that is pretty much unique from Listverse. 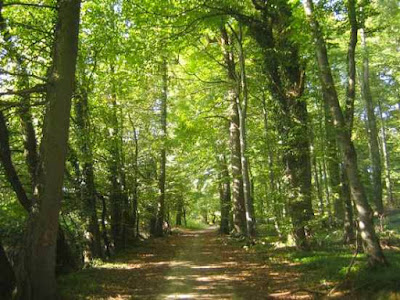 On September 3, 1873, a man named James Worson had accepted a challenge to race, in record time, from the town of Leamington to the town of Coventry, a 20-mile trek. He had been boasting of his foot skills and then was asked to prove them, so, with sporting good spirits, he set about to do just that. Two friends, Hammerson Burns and Barham Wise, followed behind in a horse-drawn gig. Burns brought along his camera. Worson was never out of their sight, and would often turn around while running to exchange some friendly words with the two riders. Running in the middle of the road, Worson suddenly appeared to stumble and pitch forward, having time enough for only one short, piercing scream. Wise later said, “It was the most ghastly sound ether of us had ever heard.” But as Worson pitched forward with that terrible cry, instead of falling to the ground as he appeared to be about to have done, he completely and totally vanished in mid-fall, before ever striking the ground. The road itself told the story and Wise took the pictures to prove it. There, in the soft dirt, were Worson’s footprints.They led down the middle of the road, looked as if the runner stumbled, and there they disappeared. A search was called and the locals scoured the area for James. The bloodhounds used in the search were strangely reluctant to approach the spot where Worson disappeared. He was never seen or heard from again.

Speaking of missing people, I am going to be missing from posting for a few days. I don't know for sure just how long, but I wanted to let everyone know so no one would worry. I will continue to post if I can, but may have to miss a few days, so don't be alarmed...OK?
Posted by HermitJim at 12:00 AM

I hope you are going somewhere to try to have toooo much fun.

Great story. Thanks for the heads up on your disappearance. Yes, we would worry about hope. Hope all is okay.

Hey Gorges...
Sure seems that way.
Thanks for coming over today!

Hey Barney...
I sure hope so too!
Thanks for stopping by today!

Hey Linda...
Glad you liked the story today!
Thanks for the visit this morning!

He found a door to another dimension and it was witnessed!

That was a really good story!

WOW....that was a really good story! Thank you for letting us know you won't be posting.
I will keep you in prayer for protection in whatever you will be doing!

Hey Rob...
Now there's an idea I hadn't thought of. Glad you enjoyed the story.
Thanks for coming over today!

Hey Mamahen...
I certainly appreciate that!
Thanks for the visit today!

Great mystery for today.
I hope your being missing has something to do with a little vacation. But I will send you good vibes for what ever you'll be doing.

Hey Jo...
I'll take all the good vibes that I can get dear.
Thanks for dropping by today!

You have had enough time to rejuvenate, now get back to posting, you are missed.

Alien abduction been ruled out yet?