There were so many folks that had a major influence on the development of the West, we could never talk about them all.

All we can hope to do is mention a few of the ones that we might consider important,,,such as this next gentleman. 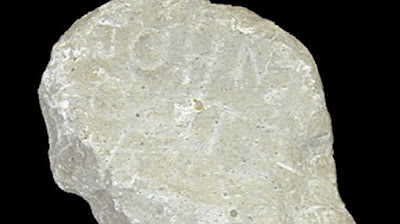 Virginia-born John Colter first answered the call of the West in 1804, when he took off on a journey to the Pacific Ocean and back as part of Lewis and Clark’s famed Corps of Discovery. Two years in the wilderness was more than enough for most of the expedition’s members, but as they made their way home in 1806, Colter decided to shun civilization and strike out on a career as a fur trapper. He soon established himself as one of America’s original mountain men, and may have been the first white man to lay eyes on Yellowstone National Park. A section of Wyoming’s Shoshone River even became known as “Colter’s Hell” for his descriptions of its geothermal activity.

Colter was once wounded while fighting alongside Crow and Flathead tribesmen, but the most legendary chapter in his career came in 1809, when he was captured by a band of Blackfeet while trapping near Three Forks, Montana. After killing his partner, the Indians stripped Colter naked, gave him a brief head start and then chased after him as though he were wild game. Ignoring the rocks and cactus that were shredding his feet, Colter supposedly outran most of the warriors before disarming his closest pursuer and killing him with his own lance. The mountain man then staggered into a fort several days later, having trekked over 200 miles clothed only in a blanket. He would go on to participate in more trapping missions—and have even more run-ins with the Blackfeet—before finally retiring to a Missouri farm in 1810.

You have to admire someone like John Colter, if for no other reason than it provided us with yet another legend of the west.

Another true Legend of the West.

That was one tough guy.

Hey Linda...
Plenty more still out there.
Thanks for stopping by today.


Hey Jo...
That he was, for sure!
Thanks, sweetie, for dropping in today!

Hey Dizzy...
I don't think I would have liked it back then. I'm good with reading about it now.
Thanks for the visit today!

You might enjoy the tale of my ancestor Uncle, Ransom Asa Beecher. His wife, Sylvia Desire Wheeler was a 4 or 5 X great Aunt of mine. Here is a link to their story. She isn't mentioned much, but then again most women of that era weren't!