The UFO craze is over, for the most part. However, there still lingers some mysterious deaths linked to some sightings. 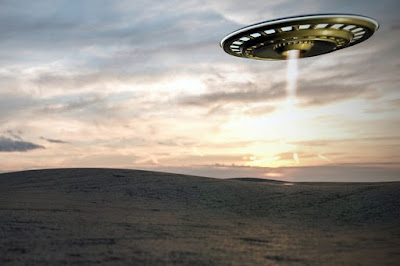 Possibly one of the strangest accounts of a death resulting from an alleged encounter with a UFO occurred in March 1956 when Sergeant Jonathan Lovette and Major William Cunningham were on a search-and-retrieve mission for debris following a missile test in New Mexico.

Cunningham claimed that Lovette had gone to investigate a small sand dune when he suddenly began to scream. Cunningham headed toward the dune and saw a silver disc hovering over it. Even more bizarre, an object like a huge snake was hanging out of the craft and had wrapped itself around Lovette, pulling him on board.

Many believed that Cunningham had simply murdered Lovette and then concocted the wild story. That was until his body was discovered three days later. Among many other horrendous mutilations, both his eyes and tongue had been removed, and his body was completely drained of blood.

In this day and age of instant information, body cameras and the like...an incident like this is not likely to happen. Still. the world is a strange and sometimes crazy place, right? I mean. just look at the current political circus going on!

Coffee out on the patio again. Rain didn't show up yesterday.
Posted by HermitJim at 12:00 AM

sounds like all those cattle murders with weird tortures having been afflicted on them.
personally i think these are the machinations of demons. sounds like their style.

That is really bizarre. You don't hear stories like this too much any more except for the cattle mutilation ones. Sure hope those little "grey men" leave me alone. Have a great weekend.

Hey Deborah...
Does sound a lot like the cattle mutilations, doesn't it? Strange stuff!
Thanks for stopping by today!


Hey Linda...
I wonder if those stories have gone, or just being covered up.
Thanks for coming by today!

I don't think I ever heard about the human mutilations did hear about the cattle.

We had the darkest clouds all day yesterday and thunder but never a drop of rain. I'm ready for some nice warm coffee chilly this morning but I love it

Do you drink coffee or tea every morning?
Keurig

Hey Jo...
You probably won't hear about them. We aren't supposed to know!
Thanks, sweetie, for dropping by today!


Hey Gary...
Coffee every day!
Thanks for the visit.