Even though this took place a very long time ago, it seemed strange enough to me to post about it. I have to wonder why a man in the Admiral's position would make up such a story.


The Claims Of Admiral Byrd 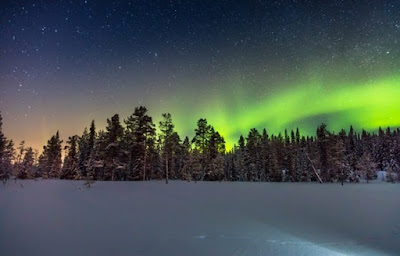 Perhaps one of the most famous claims of a secret base is one of the first, that of the one reported in 1947 by Admiral Richard Byrd. While on a flight over the North Pole, he allegedly found an entrance to the Inner Earth, which led to lush, green vegetation and a base inhabited by beings who called the region home. Byrd was far from quiet about the encounter and even gave a press conference, telling all who would listen, even giving a warning that the beings residing there could cover the distance from the South Pole to the North Pole at incredible speeds.

Needless to say, Byrd was quickly “hospitalized” on the instructions of the US military and promptly banned from giving any such press conferences again.

One other thing of interest to mention is that Byrd claimed to have seen craft with swastikas on them. Were they proof that the Nazis had indeed established their Base 211 and, in turn, established communication with an inter-terrestrial race that could travel pole-to-pole at incredible speeds?

Was the Admiral just plain crazy...or did he actually see something worth reporting? Guess we will never know for sure.

Coffee back in the kitchen this morning.
Posted by HermitJim at 12:00 AM

Another mystery that I would love to know the answer to, but never will.
Always enjoy the kitchen also. I have some home made oatmeal cookies, i'll share:))

I would love to know the truth about this particular mystery. Even if it is true TPTB would never tell us. Good subject for this Monday morning.. Thanks for the cookies Mamahen.

Hey Mamahen...
So many mysteries still linger and go unanswered after all this time. Cookies are a very good thing, IMHO!
Thanks for stopping by today!


Hey Linda...
It seems to be one of those things we are kept in the dark about for our"own safety", ya know?
Thanks for coming over today!

Hey Rob...
Just a tad different than the usual. Hope you enjoyed it.
Thanks for the visit this morning!

Well I don't know about the Nazis being able to get around that fast. And yes a good one for around the coffee table this morning. And some cookies to go with it thank you