Lately more and more has come to light about our friends in the plant world.

Turns out that I'm not as smart as I thought I was about plants. It seems that I may have to reconsider everything I thought I knew about the plant kingdom in general.


Sending Out An SOS 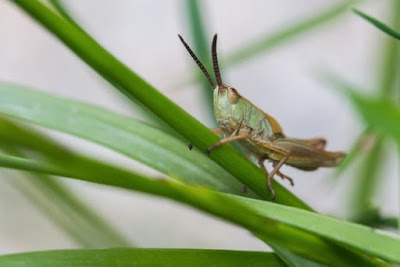 You would think that living in the middle of a remote forest would make it difficult for help to arrive when needed, but that’s not the case for plants. They may be immobile, but they’re definitely not helpless when it comes to invading herbivorous insects.

Some plants have a rather impressive line of defense against being eaten: When they sense that they’re being munched on, they release a chemical into the air that attracts the invading insect’s natural enemy. The enemy swoops in and attacks the bug, thus saving the plant from being devoured. This is basically the plant kingdom version of getting your older brother to beat up that kid who steals your lunch money.

I got this article from the folks over at Listverse. I thank them for keeping me educated about this stuff!

sorry to be so late

We think we humans are so smart, but there is so much in Mother Nature that puts us to shame.

Hey Dizzy...
She never disappoints when it comes to surprises, that's for sure!
Thanks for stopping by today!

Who would ever think a plant could do that! Sure is quite a world we live in:))

No need to apologize.