No one knows for sure just how many unsolved murders occur in the United States every year. Sadly many of them are children, which makes them even more heartbreaking. From Listverse is an example of one such case. 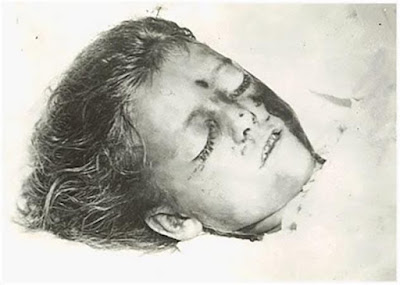 In a small grave in Yavapai County, Arizona lies the remains of Little Miss Nobody. She was found just off Alamo Road on 31 July 1960 and believed to have been between 5 and 7 years old. The little girl’s hair had been dyed and her finger- and toenails painted red. Since she had not suffered any broken bones, her cause of death remains undetermined, but officials agree that it was homicide.

Investigations over the years have proved unfruitful. No suspects were ever arrested, Little Miss Nobody has never been identified and her relatives never found. In 2018 the case was reopened, as investigators are hoping that modern technology might help solve the mystery.

Nerly every day I read in thew Houston paper about some child being injured or killed by a parent and I have to wonder...just want are we becoming? Seems many of us are losing our humanity and sanity.

That truly is sad...if sadder your thoughts on losing our humanity, because I fear you are correct...I would love to join everyone on the patio:))

Hey Mamahen...
Wish we could change, but I fear it's too late. Our fate is probably sealed.
Thanks for stopping by today!

Hey Linda...
I will never understand child abuse! Don't even want to try.
Many thanks for coming over today!

If no child was reported missing and no one has come forward I feel it was family responsible. How could you do that to your own child or any child. With all the new tech things they have today I hope they find her parents or some family member.

Coffee on the patio sound great. Was going to leave for camping but now the temps are on the rise again just can't win

Hey Jo...
Sorry that your camping trip is delayed, but that will make it all the more enjoyable when you go, right?
Thanks, dear, for dropping by today!

Maybe the end times are here??

Are we changing or does the sheer number of people around today make the bad things we hear about seem to be more?

So sad and tragic.

You asked, "Just what are we becoming?"

I'm afraid too many have forgotten God, and think the word 'liberty' means 'license' to do what they will (just my opinion).

Hey Dizzy...
I've been thinking that for a long while now.
Thanks for coming over today!

Hey Rob...
You're right...it is sad either way.
Thanks for the visit today!

Hey Sixbears...
Yessir, it it that!
Thanks for stopping by today!

Hey Kathy...
We definitely seem to be missing something, that's for sure.
Many thanks for coming over today!