Some of the lawmen in the wild west were tough ol' birds, without a doubt.

One prime example of this was John Armstrong. His story shows just how tenacious his type of lawman was, for sure. 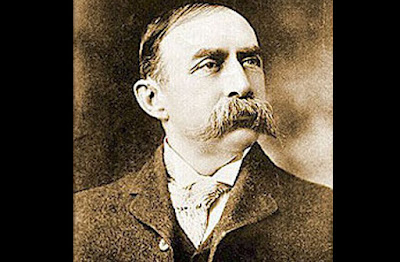 Unlike most men on this list, John Armstrong died peacefully at home instead of in a violent gunfight. He also garnered most of his glory as a Texas Ranger before becoming a US marshal in Willacy County. He served in a special force branch of the Texas Rangers as second-in-command to Captain Leander McNelly. This earned him the nickname “McNelly’s bulldog.” When McNelly retired in 1877, the squad disbanded, and Armstrong was promoted.

While a Texas Ranger lieutenant, Armstrong hunted down one of the Wild West’s most dangerous gunmen, John Wesley Hardin. Hardin had been captured once by rangers but escaped, and Armstrong now wanted to investigate despite recovering from a gunshot wound. Armstrong found himself in a train coach in a standoff against Hardin and four of his men. Although at an obvious disadvantage, Armstrong killed one of the men, knocked Hardin unconscious, and disarmed the other three. He then safely escorted Hardin to Texas, where he received 25 years in prison.

Besides this shining moment, Armstrong also helped track down outlaw King Fisher and was part of the posse that killed notorious train robber Sam Bass.

On top of all the other good things about John Armstrong, you have to admit he had a killer 'stache!

Coffee in the kitchen again. Fresh cookies are already on the serving plate.
Posted by HermitJim at 12:00 AM

I always know that I can come here for something interesting!

You have to admit he had quite an impressive string of kills and captures!

Now I must admit his mustache was the real reason he was so amazing. What a career!

Quite the lawman. And yes, the mustache is impressive.

I wonder where these people fit in today? I'm sure they are out there still, but in today's world we don't see them.

Good lawman for that era. The west was so wild most lawmen were just as bad as the outlaws.

Hey Gorges...
Glad to be of service, sir.
Thanks for stopping by today!


Hey Sis...
He did have quite the impressive record, without a doubt.
Thanks for coming by today!


Hey Linda...
Think that was the reason for his strength? Kinda like Sampson, huh?
Thanks for the visit today!


Hey Momlady...
Pretty fearless as well, it seems.
Thanks for the input today!


Hey Rob...
Today they would be in trouble as trouble makers, I reckon. Seems a shame, if you ask me.
Thanks for stopping by this morning!


Hey Jo...
True. A lot of the lawmen were rough and ready...and maybe a touch shady.
Plenty of calories around the Hermit's always!
Thanks for dropping in today, dear!

Back in those days, you had to have a little bit of bad to be a good lawman, if you know what I mean.