Ever wonder just what happens to some famous folks when they pass? I mean besides being dug up by archaeologist.

Seems like sometimes they just get lost. How can you lose a dead body...especially out of a museum? I guess it's easier than we think. 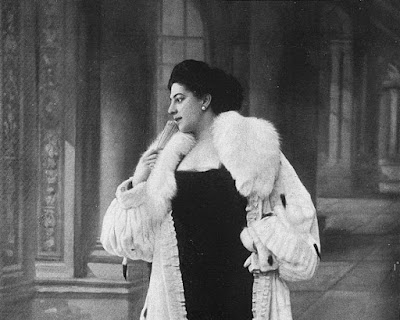 We’ve mentioned Margarethe Zelle, better known as Mata Hari, quite a few times on Listverse. After all, she’s one of the most famous spies of the 20th century. Originally an exotic dancer, Mata Hari was hired by the French to charm information out of German officials. She was accused of working as a double agent and executed by firing squad in 1917. Historians debate whether she was actually guilty, but there’s one fact that no one can dispute—her body is missing.

When no one claimed her cadaver, the Museum of Anatomy in Paris swooped in and added her corpse to their collection. What happened next would have made Vincent Price faint in horror. Museum curators chopped off her head, dipped her dome in wax, and mounted the new trophy in their “notorious criminals” wing.

In 2000, the French government decided to shut down the anatomy museum, so the director set about cataloging all the valuable attractions the museum had to offer. At the top of the list were the heads of the dead and infamous, but when he started inspecting the skull collection, he realized Mata Hari’s head was gone. As if that weren’t bad enough, her entire body had disappeared, along with all the paperwork related to her acquisition. Some suspect her body was lost when the museum moved buildings in the ‘50s, while more macabre minds think a creepy fan might have stolen her skull. Either way, the dancer has disappeared for good, and that’s the naked truth.

Sounds to me as though there was some "hanky-panky" going on at the museum at some point in time. Pretty gruesome folks working at that museum, if you ask me.

Coffee in the kitchen this morning again. Cold and rainy out on the patio.
Posted by HermitJim at 12:00 AM

Labels: where is Mata Hari

Hey Linda...
That's kinda what I'm thinking!
Thanks for stopping by today!


Hey Sis...
Sorta looks that way, doesn't it?
Thanks for coming over, sis!

I think it was an inside job if both her head and body are missing some sicko wanted to put her back together. Sad either way

Kitchen is fine with me. They say rain here today but they have been saying that for a week I really need to go shopping can't believe I haven't even started. but must have coffee first

Heard a lot about her when I was a kid, not so much anymore.

That's a horror thought. Sounds like a bad horror story -and they never found her head!

Hey Jo...
We finally started getting rain yesterday, not much but at least it watered the plants.
Thanks, dear, for dropping by today!


Hey Dizzy...
Been so many other spies since her time, it's easy to see how she would fade from memory.
Thanks for the visit today!


Hey Sixbears...
Does sound like a horror movie, doesn't it?
Thanks for stopping by today!