Now don't get the idea that I mean that the chocolate lovers are old, but the story about chocolate I'm referring to is pretty ancient.

You probably know that the love of chocolate has been around for a very long time, maybe even longer than we imagined. In the days of ancient trade, chocolate (or rather the cocao bean) was on the list. 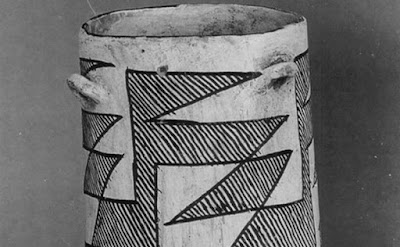 Chocolate was a sought-after drink in the ancient Americas. Plenty is known about the Maya and Aztecs’ love of the cacao bean, which was served liquid and frothy. But little evidence existed about chocolate’s influence in the American Southwest.

Recently, researchers looked at 75 clay pots from two elite sites—Pueblo Bonito, dating to around AD 900, and Los Muertos in Arizona from the 14th century. Another eight came from lower-class households.

The scientists were looking for the fingerprints of chocolate—theophylline, caffeine, and theobromine. They showed up in a big way. Two-thirds of the elite pots and all eight of the vessels that belonged to ordinary citizens tested positive.

This showed that chocolate was enjoyed by all levels of society and was imported in huge quantities. They did not let thousands of miles stop them from getting their fix, either. The trade between the two sides turned out to be extensive. The cacao was likely paid for in turquoise, which became popular in Mesoamerica (Mexico and Central America) around AD 900.


See? All of us chocolate lovers are in good company, and have been for quite a while. I found this article over on Listverse, in case you were wondering.

Coffee in the kitchen this morning. Too cold to sit on the patio.
Posted by HermitJim at 12:00 AM

Nothing like a mug of hot chocolate on a cold day.....like today.

Hey Momlady...
Unless you have access to a hot cup of coffee. I do like hot chocolate though.
Thanks for stopping by today!

I wonder how far they had to go to get the beans? I like a nice cup of hot chocolate on a cold evening.

Little nippy here this morning too. So indoors is good

I think that chocolate and coffee go very well with each other.

Hey Jo...
From what I understand, the traders brought the cocao to them.
Thanks, sweetie, for dropping by today!


Hey Dizzy...
Yes they do and I can attest to that!
Thanks for stopping by today, Dizzy