It is a sad thing when someone dies, and their identity is unknown. Stranger still is when the investigation shows multiple identities used by the same man. Here is the story from Listverse. 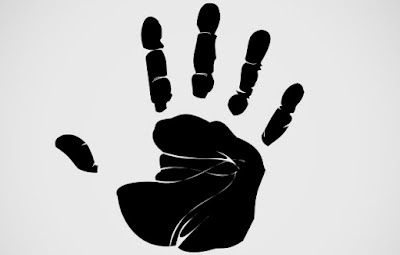 On March 31, 2005, an elderly man was shopping at a thrift store in San Angelo when he suddenly dropped dead of a heart attack. Identification showed that his name was “Roger Smith.”

However, it turned out that his ID was fake and that he had lived in Texas under three other false identities over the years. Amazingly, the man had deliberately smoothed off and done damage to his own fingerprints.

Since fingerprint identification could not be made, this man was suspected of hiding some sort of criminal history. At one point, facial recognition experts believed that he might be the wanted Australian fugitive Elmer Crawford, who vanished after murdering his wife and three children in 1970.

However, DNA testing ruled out this possibility. Until he can be identified, the man will simply be known as “San Angelo John Doe.”

I wonder just what can anyone do about the folks going around that don't want to be identified, even when they die? Do they have a Potter's Field type place where they are buried? Just makes me wonder, ya know?

To the best of my knowledge I do believe most "city" cemeteries do have a "potter's field" and they are buried at the city's expense. Can't imagine in this day and age being able to totally wipe out one's identity. Rain a very windy here today.

Hey Linda...
I think you are right about that, but I was just wondering.
Seems as though he did a good job of doing just that, for whatever reason.
Thanks for coming over today!

This guy had to have done something really bad or he was a snitch, which I guess is still really bad.

Another 47 degree morning loving it. See you on the patio.

Wonder how he managed to mess up his finger prints so badly.Not as easy as some might think.Seems if he had done anything too bad his DNA could be found somewhere.Interesting as usual. Thanks, Bubba. Love you.

Very interesting case. I wouldn't think it would be so easy to hide in this day n age, but then what do I know? Beautiful day here in the 60s and suppose to hit the 70s later. The patio will be lovely:))

The guy wanted to hide & he was successful. It's nice to see someone who is able to do what they want with their life!

Hey Jo...
Either way it seems as though he got away with it for a long time.
Thanks for dropping by today!

Hey Sis...
You would think that somewhere there should be some sort of record of this man. Guess not.
Thanks for coming over this morning!

Hey Mamahen...
You're right about it being difficult in this day and age to hide for long. But then he seemed to manage.
Thanks for stopping by today!

Hey Rob...
Seems like he did a fine job hiding, that's for sure.
Guess he died happy.
Thanks for the visit this morning!