This is from one of our own astronauts and pretty much fits right in with this time of year!

Jingle All the Way 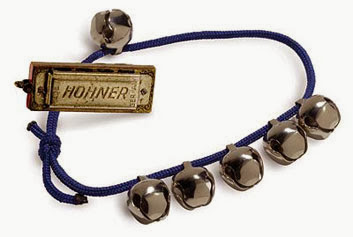 "Jingle Bells" has been staple song of the holiday season in the United States for decades if not longer. Dozens of artists have recorded the song -- often as part of Christmas albums -- underscoring its popularity this time of year. And while that list of artists features the Beatles, Andrea Bocelli, and even the Three Stooges, none of those recordings are as historically significant as the one performed on December 16, 1965.

On that day, Jingle Bells became the first song performed in space.

On December 4th of that year, NASA launched the Gemini 7 space capsule into orbit. On December 15th, NASA sent Gemini 6A, a similar craft, into the heavens. The two sister Gemini capsules, each manned by a pair of astronauts, rendezvoused in space, coming within a foot of another. (The two could have docked had they been so equipped.) This was the first successful, intentional meeting in space, and would set the groundwork for future manned space exploration.

With history accomplished, the crews of the two Gemini spacecraft separated their ships from one another to prevent accidental collision and went off to sleep. But before they all called it a night, astronaut Walter Schirra of Gemini 6 came over the radio with a report. He purported to have just seen something weird -- an unidentified object entering the Earth's atmosphere, as recounted by the logs:

According to Boing Boing, mission control started to become nervous -- but it was much ado about nothing. Gemini 6 was playing a prank, which was about to become abundantly clear when Schirra continued. He broke out a harmonica and set of six bells that he and his shipmate, Thomas Stafford, smuggled aboard the ship. For the next fifteen seconds, he treated Gemini 7 and mission control in Houston with his rendition of Jingle Bells. The object he claimed to have seen was Santa Claus, and thankfully for all involved, the pair on Gemini 7 and the authorities back on Earth appreciated the joke. (You can listen to the relevant parts of the recording here.) This mini-concert is widely believed to be the first musical performance (involving an instrument, at least) in space.

The harmonica and bells, seen above, are now on display at the Smithsonian.

You just have to love the way that these guys smuggle things aboard their capsules. Never know just what they are going to come up with!

Better have our coffee in the kitchen this morning. It's cold out on the patio, even though 37 might not seem cold for many of you!
Posted by HermitJim at 12:00 AM

Hey Rob...
And a very Merry Christmas to you and your family!

Thanks for coming by this morning, my friend!

I figure if anyone needed to relieve a little pressure, those guys did! Thanks for the story and have a merry Christmas!

Have a Good Yule!

Great story. Those days of the brave astronauts sure were a wonder - so exciting! Would love your 37 - it's 26here. I'll bring a mince pie for all to enjoy!

Merry Christmas to you and your family, Mr. Hermit!

Gteat Christmas story.....high 20'here goung to 14 tonight they say.....Merry Christmas to you and yout mother!

What a wonderful post. Remembering these hero's on this special day.

Merry Christmas Everyone and especially you Jim and Mom too.

Merry Christmas. That is great that someone still has a sense of humor. I actually remember that.

I pretty much ignore christmas, have a peaceful and relaxing day.