This is a case where knowing the right folks can help you to get things done...and quickly! Having connections like this could come in handy at times, I reckon!

The Mob Boss Who Helped A Senator Rescue A Fashion Designer
By Joshua T. Garcia on Monday, December 30, 2013

Nell Donnelly was a successful fashion designer based in Kansas City, Missouri, and the owner of a company that had amassed US$3.5 million by the 1930s. But success brought attention from the wrong crowd. On December 16, 1931, Nell and her chauffeur were kidnapped. A motley crew came to her rescue: Senator James A. Reed, mob boss Johnny Lazia and his gangsters, and a coerced shop owner all helped free Nell, sans ransom. 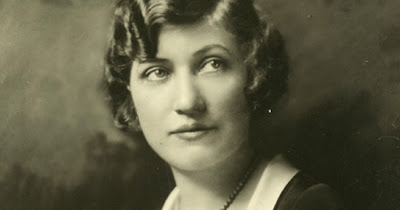 Nell Donnelly of Kansas City, Missouri was unique among American women in the early 1900s. While most women stayed at home, her husband Paul encouraged her to attend college and receive an education. She did so, and it opened the door to success. She graduated in 1909 from Lindenwood College; by 1919, she had created the extremely successful Donnelly Garment Company, which sold housedresses and aprons.

Enter family friend James A. Reed, a Democratic US Senator from Missouri. While Paul worked with Kansas City Police, Reed pulled strings outside the law: He enlisted the help of notorious crime boss Johnny Lazia to find and rescue Nell.

Lazia’s gangsters began searching for Nell. They managed to come across her abandoned car, inside which they found a rope covered with red paint. Remembering a gas station that had recently been painted, the mobsters found and threatened the owner (with loss of life) into telling them the customer to whom he sold the rope. The gas station owner directed the mobsters to the kidnappers’ headquarters, but by the time they arrived, only one man remained—the others had fled, fearing Lazia’s wrath. Lazia’s mobsters let the kidnapper go, and freed Nell and her chauffeur.

The catch? Nell was having an affair with Reed—which is why he was willing to associate with Lazia to rescue her. Just one year later, Nell divorced Paul and married Reed. By 1953, the Donnelly Garment Company was the largest dress manufacturer in the world, having expanded beyond aprons and housedresses. But in 1956, Nell left the company, and it would eventually file for bankruptcy in 1978. Nell died in 1991 at age 102.

The old gal lived to a ripe old age, all things considered! Bet she had some exciting stories to tell all the grandkids. I'm glad to know that the driver was rescued at the same time! No doubt he had some tales to pass on as well!

Coffee in the kitchen this morning. It's chilly outside and it's supposed to rain!
Posted by HermitJim at 12:00 AM

Labels: It's who you know

Politicians have always used the "mob" to get things done - when it was convenient! Today is Dunkin Day!

Glad she got recued. BTW, is there a difference between a mobster and a politician? I guess the only difference is that mobster doesn't try to hide all his crimes.

Good post, never hear of her or her business that was unusually for the those days, But look what her first husband got for helping her along the way.

It is down right cold her this morning so coffee in the kitchen sounds really comfy to me.

Why doesn't it surprise me that the politician got the mob to help. Some things never change. Bitter cold here with snow on the way. Happy New Year.

That final twist was the icing on the cake. Good one Hermit!

Have a Happy New Year!

Thanks for the DD and the visit!

Hey Dizzy...
If there is a difference, it's well hidden!

Glad you fared OK after you fall!

Hey Jo...
She must have had a good head for business.

I'd say that the hubby lost out!

Hey Sixbears...
Things kinda went to hell when she left, I guess!

Interesting stuff! Def a cozy kitchen kind of day...CM save me a DD ......Everyone have a safe n Happy New Years Eve :))