Turns out that some well known companies sort of created their own market for their product!

In the days before the FDA, things could get interesting to say the least! Many products were on the market that would cause a major flood of lawsuits now days! In fact, some are still being made (with a few refinements)! 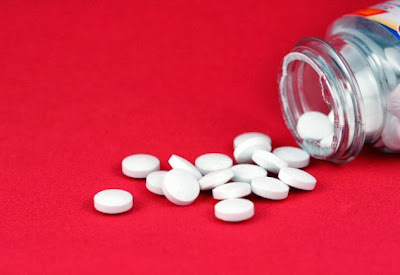 In the case of Bayer, it wasn’t a matter of a company or individual using what’s now a controlled substance as a cure-all. With Bayer, they invented it. The first manufactured heroin was a product of the Bayer pharmaceutical company in Germany. Production started in 1897, and within two years, the company was making a ton of heroin each year. It was exported around the world, where it was used as a cure for tuberculosis and pneumonia and as a pain-killer.

Oddly enough, heroin was also marketed as a solution to a problem that had grown to be worldwide by the late 1800s—opium addiction. The first solution to getting people off their opium addiction was to switch them to the supposedly less dangerous morphine. When that didn’t work, they tried weaning opium and morphine addicts onto this new, also supposedly less dangerous drug called heroin. Medical reports around the world gave heroin a cautious thumbs-up into the 1900s, and it was even approved by the American Medical Association in 1906. Obviously, it didn’t work, and by 1924, it’s estimated that 98 percent of New York’s drug addicts were addicted to heroin.

Hard to believe that something so well known got it's start in this manner. Bayer wasn't the only one, though. In later post, I'll go over some others that followed the same path!

Coffee in the kitchen this morning. More rain moving in!
Posted by HermitJim at 12:00 AM

Something to remember every time they bring out the next new cure-all.

Hey Gorges...
Seems like they bring out a new (old ) one nearly every week or so. It does tend to make you wonder, especially if you read the side effects!

I never would have thought.......you are right about the side effects. My hubby hates when the Dr puts me on something new, cause the first thing I do is read the info they put with it, then say I DON'T THINK I CAN TAKE THIS...See you all in the kitchen :))

Bayer was a less than nice company during WWII. Of course, that was Germany at the time.

Didn't know that about Bayer! Coffee in the kitchen is fine - I'll bring cookies!

Leave it to the mad scientists of Germany. But now who else is creating all these horrible drugs today. You take a pill for depression that maybe cause you to commit suicide or other terrible things.

I'm ready for more coffee please it's chilly this morning.

Talk about the cure causing more than damage than the disease! Wow, I learned something new again today. I'l have my coffee inside today. Have a great weekend.

What used to be good for you is now bad and what used to be bad for us is now good. . . wait awhile and it will switch back and forth a few times. I like aspirin cause it used to be natural, the inner bark of a willow tree. The man made stuff scares me, but if I don't quit coughing soon I may just have to get some man made stuff.

Hey Mamahen...
You could go blind trying to read the info sheet from all of Mom's medicine. Scary stuff!

Thanks for coming by!

Hey Sixbears...
Funny how our views of a country or company changes over time!

Hey Phyllis...
Cookies are always welcome at the Hermit's!

Bayer has done a lot to change their earlier image, that's for sure!

Hey Jo...
Plenty of those mad scientist to go around these days! Anything to make a buck!

Thanks, sweetie, for stopping in today!

Many thanks for coming over today!

Hey Dizzy...
Aspirin is my drug of choice...or was until the VA made me stop taking it due to the blood thinner they put me on.

Many don't realize that a 'slew'/many of the scientists were brought to America, with train loads of their papers/information. Probably some run the pharmaceutical companies today. As the saying goes and not to sound racist/prejudiced: "something stinks in Denmark".

Hmm, Hermit, where did that expression arise from? I leave it to you, the expert finder, to discover.

Hey Sissy...
So many of our former enemies became outstanding citizens when we wanted the secrets they had. Look at Von Werner!