A War-time Puzzle For Monday Mystery...!

Did you know that one of the best puzzles to come out of the war (WW2 ) had a crossword puzzle at it's core? True!

Simple as it sounds, many people have tried to solve the case of the crossword puzzles with secret code names attached. The results are really still a mystery. From Listverse, here is a story that might keep you guessing.


Who Put The D-Day Code Names And ‘Dieppe’ In A Crossword Puzzle? 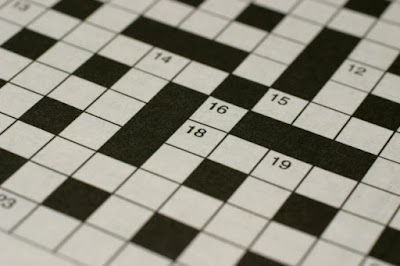 The word “Dieppe” turned out to be one of the solutions to a crossword puzzle in Daily Telegraph newspapers in August 1942. This looks quite normal, until you realize that two days after the puzzle ran (and one day after its solution was given), Allied troops launched a deadly assault on the French port of Dieppe.

MI5, Britain’s intelligence service, spotted this but ignored it as a coincidence. Two years later, more puzzles appeared in the Daily Telegraph. This time, they had answers like “Utah,” “Overlord,” “Omaha,” “Mulberry,” and “Neptune,” all of which were directly related to the upcoming D-Day landings. The entire landing operation was called “Operation Overlord.” “Omaha” and “Utah” were code names for beaches that would be assaulted. “Mulberry” was the code name for the temporary harbors that were to be constructed after the assault, while “Neptune” was the code for the entire D-Day naval operation.

Leonard Dawe, a school principal who was also responsible for the Telegraph’s crossword puzzles, was detained and questioned about how he came across the codes. No one really knows how, since he refused to speak about his time in detention. In 1984, one of his former students named Ronald French revealed that Dawe used to make him and several others fill blank crossword puzzles. French was very familiar with the codes (since he often heard them from Allied troops camping close to the school), and might have filled them in, although he was not sure if he did. However, two years before French talked, another unnamed boy said that he put down the names. No one knows who the unnamed boy is. If he was truly responsible for the D-Day puzzles, who was responsible for the Dieppe puzzle? Was that instance truly just a coincidence?

Seems to be one of those timeless mysteries we may never really know the truth about, wouldn't you say? One heck of a coincidence, that's for sure!

Coffee out on the patio before the rain comes in.
Posted by HermitJim at 12:00 AM

Good story, Mr. Hermit! Just had to find out more - it was a good hunt!

Very interesting, somewhere or some one knew what this meant I think.

been raining here for 2 days and very windy agian, right now the sun is trying to break thru making a beautiful sky.

That was a fascinating story; I'll have to look into that one.. It is going to rain here for the next couple of days. Sure hope it doesn't turn into the "white stuff".

Hey Phyllis...
So many stories like this out there we may never hear them all.
Thanks for stopping by today!


Hey Jo...
Seems way to coincidental to me, so it had to be intentional. At least that's what I'm thinking!
Thanks for dropping in today!


Hey Linda...
We need the rain, but I can do without te snow. Thank goodness that doesn't happen often here.
Thanks for coming by today!

There would be no one left alive today who could answer those questions. Truly a secret code and still a secret.