Mafia's Help In The War Effort...!

You would never think that the government would turn to the Mafia for help during the war. Truth is, the waterfront was ruled pretty tight by the mafia bosses.

I'm sure that a lot of the details of the agreement would never be made public, but help was given and may have been very useful. Even to this day, we don't know just how much the mafia helped but any help had to be appreciated, I would think.

What was Operation Underworld?
NOVEMBER 16, 2015 By Christopher Klein 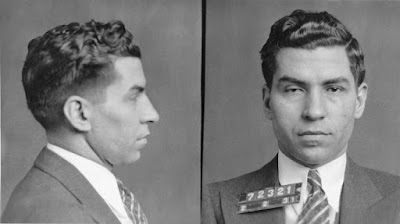 On the afternoon of February 9, 1942, smoke billowed over Manhattan’s west side as a fire consumed SS Normandie, a huge French luxury liner being converted into an American World War II troop transport. Although witnesses reported sparks from a worker’s acetylene torch started the blaze, many feared Nazi saboteurs were to blame, particularly in light of the arrest of 33 German agents in the Duquesne Spy Ring only months earlier. In the inferno’s wake, the U.S. Office of Naval Intelligence became so concerned about enemy spies operating along New York’s waterfront that it enlisted a most unlikely partner in the war effort—the Mafia.

In March 1942, with the recruitment of Fulton Fish Market kingpin Joseph “Socks” Lanza, Naval Intelligence officers launched the top-secret “Operation Underworld.” Lanza agreed to furnish union cards to agents operating undercover in the market and aboard coastal fishing fleets. Authorities were particularly concerned that pro-fascist sympathizers of Germany’s top ally, Italian dictator Benito Mussolini, lurked among the Italian immigrants who worked as longshoremen in New York. However, Lanza explained that their cooperation could be secured by the imprisoned mobster Charles “Lucky” Luciano, who still wielded absolute power on the docks even after six years behind bars. With his top aide Meyer Lansky acting as an intermediary, Luciano agreed to assist the government and ordered his capos to act as lookouts and report any suspicious activity. Luciano’s contacts even assisted in the Allies’ 1943 amphibious invasion of Sicily by providing maps of the island’s harbors, photographs of its coastline and names of trusted contacts inside the Sicilian Mafia, who also wished to see Mussolini toppled.

Still with between 20 and 40 years left on his sentence, Luciano filed a petition for executive clemency on May 8, 1945—the same day World War II ended in Europe. Ironically, the man who had prosecuted the mobster a decade earlier, New York Governor Thomas E. Dewey, pardoned Luciano in January 1946 due to his assistance in the war effort and ordered him deported to his native Italy. The ultimate effectiveness of “Operation Underworld” has been questioned, but no other ships suffered the same fate as Normandie for the duration of World War

I'm sure there were many agreements under the table, so to speak, that gave us a bit of help in the war. Some may have been good...some may have been not so good. These types of arrangements could have made the difference between winning and losing. You just never know!

Coffee in the kitchen this morning, OK?
Posted by HermitJim at 12:00 AM

Keeping the harbors safe was to their advantage more than likely! I'll bring a big apple pie to share.

I agree with Chickenmom because the things they do or did were mostly in their best interests.

Well what do you know? keep coming to your place for coffee and I know more know than did before. Always something new to me right here.

Coffee in the kitchen sounds fine it is 30 degrees here.

Wow, I learned something new again. Must be why I love your blog - I'm always learning something. Thanks.

Hey Phyllis...
Apple pie is always good! The waterfront made a lot of money for the mob, from what I understand. No wonder they were willing to help.
Thanks for stopping by today!

Hey Dizzy...
Their first rule...look out for number one!
Thanks for coming by today!


Hey Jo...
I'm glad I can keep finding interesting stuff for you.
Thanks, sweetie, for dropping by today!


Hey Linda...
Learning something new is fun, don't you think? Especially history.
Thanks for the visit this morning!


Hey Gorges...
Glad that you found it so.
I appreciate you coming over today!

Which is one explanation for both Kennedy's being assassinated. Jack and Bobby went after them without considering some of the deals that were made.