Nothing is as exciting as a good treasure story to many folks. I'm one of them.

We al know that during war, many fortunes and artifacts were looted and hidden. Most have never been found and are still being looked for today. This article from Listverse is about one of the most persistent legends from the war!


Where Is Rommel’s Gold? 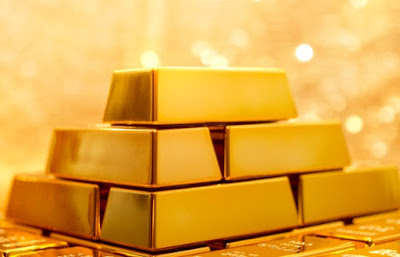 German troops fleeing North Africa after defeat by Allied forces were known to have gotten away with about 200 kilograms (400 lb) of gold, referred to as “Rommel’s gold” after German field marshal Erwin Rommel. It was stolen from Jews in Tunisia and kept in six hardened steel boxes. There are three major theories as to what happened to the gold: It was either hidden somewhere in the vast deserts of North Africa, sent to Germany (although it never got there), or deliberately sunk somewhere off the coast of Corsica, a French island in the Mediterranean Sea. The most probable theory is that it was deliberately sunk off Corsica with plans to retrieve it later.

Several attempts (spanning decades) to retrieve the gold have so far been futile, although one man who has been going after it for 15 years claimed that he had an idea of its location. Anyone who finds the gold would be required to share it with the French government, which would try to look for relatives of the owners.

This would be one heck of a find for someone. Maybe it isn't the biggest treasure ever gone after, but the historical value alone would make the finder famous, not to mention rich. Yes sir...it would be quite the find!

Coffee in the kitchen this morning. It's chilly outside on the patio!
Posted by HermitJim at 12:00 AM

Mmmmm, Corsica! Maybe I should take a trip there soon. For sure it isn't in Fort Knox, not enough guards around the vault last time I looked. Coffee inside is fine -26 here - . Thanks for the apple pie Chickenmom. How is your Mom feeling, hope she is better soon.

Along with the others wishing Mom a big feel better shout!

would love to have just a chip off one of the bars. Not bad here this morning at 58 and calling for a high of 80. Got to hit the grocery store this morning and get this shopping done.

Hey Phyllis...
It may never be found, but half the fun is in the search.
Thanks for stopping in this morning!


Hey Linda...
You can bet the government would have already spent whatever gold was locked up.
Thanks for coming by today!


Hey Jo...
Wouldn't mind a small piece of the yellow stuff myself! May need it to pay the food bills soon!
Thanks, sweetie, for dropping in today!

Hey Rob...
I wouldn't mind having a bit of that in my account. Wouldn't be there long, I reckon!
Thanks for the visit this morning!

It is fun searching for gold. It is like hunting only you don't eat your find, you spend it. I have searched for natural gold in Arizona, but never found enough to pay for the trip. Same as hunting, the meat you get costs way more than store bought if you add up all you need to do it.