What is a boondoggle, you may ask...good question! 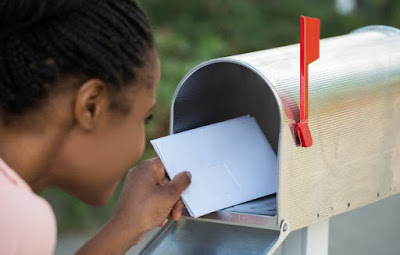 The US Postal Service (USPS) caught Proxmire’s eye when it spent $4 million on a 1975–76 ad campaign intended to motivate US citizens to write more letters. According to postal authorities, the USPS was losing money on every category of mail except first class, which alone earned 30 cents in profit and helped to pay “general overhead.

”The ad campaign was supposed to help the USPS determine whether such marketing could increase revenue, but Proxmire wasn’t buying the explanation. “There is a very great question,” he said, “of whether a government-subsidized agency should be in the game of trying to drum up more business for itself.”He issued the Golden Fleece Award to the USPS in July 1977.

In case you are wondering who exactly Proxmire is, he created the "Golden Fleece Awards" just for cases like this. Gotta give him credit for that!

Once more it's coffee out on the patio. Cold front hasn't gotten here yet!
Posted by HermitJim at 12:08 AM

Obviously, it didn't stop them.

Hey Gorges...
Obviously it did not! Self supporting as it were.
Thanks for stopping by today!

Very cloudy here today so it is a little warmer, maybe the cold front will drop off all the rain here first and then move your way.

It would take a lot of personal letter writing to recoup those $Million$. I wonder constantly about who's running the show. Will our country ever straighten itself up?

Hey Jo...
Our tax dollars at work, right?
Thanks for dropping in today!


Hey Caddie...
As long as there is money to be made by keeping it in a mess, it will stay screwed up, I reckon.
Thanks for coming over today!

Mr. Hermit, your answer to Caddie is oh so correct!!

Hey Dizzy...
Sad but true, my friend...sad but true!
Thanks for stopping by today!

As messed up as it is,it beats the heck out of other country's.