Sometimes some very strange things seem to happen in just a way or at such a time, we are left asking this question. Here is an article from Listverse showing what I mean. 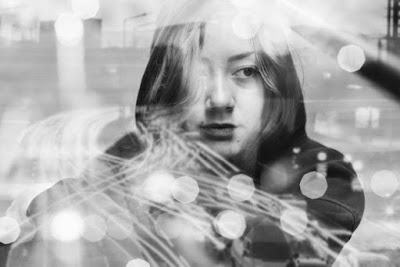 Not much is known about Vera Czermak. In fact, her life seems to have been defined by one incident that took place some time toward the end of the 1970s. Vera lived in Prague with her husband, but all was not well with the marriage. At some point, she learned that her husband had been unfaithful. Following what seems to be a theme in this list, she felt that suicide was the answer.

So she jumped from her third-floor balcony, but a passerby broke her fall. In effect, he saved her life at the cost of his own, dying instantly when she landed on him. Who was this man? Vera’s unfaithful husband.

I have to wonder if this lady felt any guilt at being the cause of her husband's death? Probably not.

Coffee in the kitchen this morning. Cold and rainy outside.
Posted by HermitJim at 12:00 AM

I'm going with Karma on this one. 38° here this morning...Kitchen sounds good. I'll bring the last of the Christmas cookies to share, somebody needs to help me eat them :))

How ironic. I'd say karma. Btw...did you happen to get package in the mail?

Hey Mamahen...
I'll always be available to help eat the cookies!
Thanks for stopping by today!


Hey Momlady...
I did receive it! I sent you a Thank You note, but you may not have gotten it.So let me say again...Many, many thanks! It was a delicious and pleasant gift! Sure went well with my coffee.
Thanks for coming over today, and thanks again for the care package!

I'm going with Karma I could say more but I won't.

Karma or maybe a universe with a sense of humor? I wonder if there is a difference....

Coffee indoors here too, it's damp outside.

Sometimes real life is stranger than fiction. This is such a case. Sounds like Rod Serlings's Twilight Zone.

Hey Rob...
I reckon they are about the same thing. Sure seems like it.
Thanks for stopping by today!


Hey Dizzy...
Lately it seems as though this whole life is a bit like the twilight zone.
Thanks for the visit today!


Hey Sis...
Isn't everything?
Thanks for coming over today!