You know that someone is a great detective when he catches himself committing a crime, even if he doesn't remember it. Not only that, he then turned himself over to the law. How about that?

The Police Detective Who Was So Good He Caught Himself
Samuel Reason | December 21st, 2018 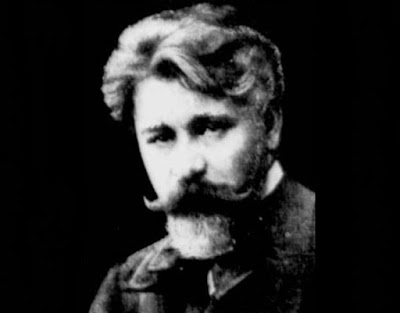 One day Chief Inspector Robert Ledru put his socks on and they were pretty damp which was strange, but he had no time to worry about such trivial things! He had just arrived in Le Havre to work on a new case, had gone to sleep early with his revolver under his pillow. Ledru was in Le Havre as he was tracking down the mysterious disappearance of seamen around this coastal area, but upon arriving at the local police station he was asked if he could change his focus: there had been a brutal murder during the night.

The victim Andre Monet was on holiday, had been visiting the beach. His body had been found at dawn on the beach with a bullet that had gone straight through. The search was on to find the missing bullet and figure out which weapon had taken the man’s life. Ledru was intrigued there appeared to be no motive or interest for killing this man. In fact, there was very little to go on at all and the local police did not have a suspect.

Ledru went to investigate the crime and walked all the beach, in hopes of finding some clues. He found the set of footprints that must have been made by the murderer and ordered that casts be made. He was troubled, the footprints looked eerily familiar. With the casts in hand, he went back to the beach and realized with terror that it was his own footprints.

Once the bullet had been found, shot from a German pistol – like his own Ludger, it only confirmed his fears: he was the killer. He immediately turned himself into the authorities, Ledru was a decorated detective and had played a part in putting numerous criminals behind bars. At first, his superiors could not believe his story: killing someone while sleeping. But they locked Ledru up and kept a pistol in his cell loaded with blanks, low and behold a few weeks later, he rose in his sleep and tried to shoot the guards.

Confirming that the detective was indeed a sleepwalking killer.

Sounds to me as though the detective was almost too honest for his own good. Wonder how many folks today would do the same thing?


Coffee out n the patio this morning. Temps are going up to 75! Can you believe it?
Posted by HermitJim at 12:00 AM

Labels: he caught himself

What a horrible thing to discover about yourself. I'm up way too early this morning. Not sure if I'll have a coffee or go back to bed and start the day right.

Whoa! That's really out there. That would scare me silly.

Now that is an honest policeman. Sure hope I don't sleepwalk.

Hey Sixbears...
I'm voting for going back to bed. You may need the rest later.
Thanks for coming by today!


Hey Gorges...
Kinda my thoughts as well.
Thanks for stopping by this morning!


Hey Momlady...
I would imagine that it would rattle me as well.
Thanks for the visit today!


Hey Linda...
Terrible way to find out if you do or not, right?
Many thanks for dropping by this morning!

That whole thing is all kinds of weird, killing someone when you're asleep?

Getting up to 61 today in this part of Florida but it's sunny, still coffee inside. But it's leftover pizza for breakfast!

I am glad I don't sleep walk. I sure wouldn't want to act out some of my dreams (grin).

How awful for the poor guy, upstanding cop I'd have to say.

Just got back from the grocery store dang it was cold out there at 7:30, but this holiday creeped up on me fast. I still need 4 more gifts. I sure need a cup of coffee now.

Hey Rob...
Nothing wrong with leftover pizza for breakfast. I've had it many times.
Thanks for the visit this morning!


Hey Dizzy...
I know exactly what you mean. But then, there are times I wouldn't mind!
Thanks for coming by this morning!


Hey Jo...
The world should have many more as upstanding as him, I think.
Thanks, dear, for dropping by today!

Wow...I can't imagine how he felt. I also can't imagine many this day and age who would admit such a thing. Sorry so late, but your 75 beats the crap out of our 35. Thanks for the invite and enjoy your weekend:))