This story comes all the way from Tokyo, which in itself is unusual.

Lots of questions arise when you hear the story of this murder, none of which I can answer, I'm afraid. The whole thing is almost unbelievable, if you ask me. 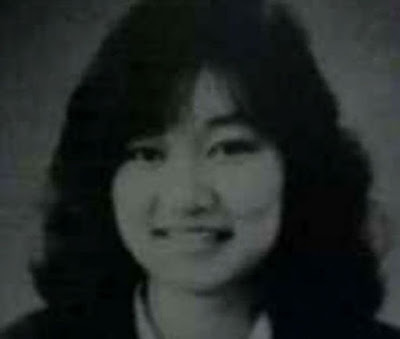 Seventeen-year-old Junko Furuta was heading home from school on November 25, 1988, when four of her male classmates abducted her and held her captive in Adachi, Tokyo. There, Furuta was tortured, beaten, and raped by her classmates. The house Furuta was held in belonged to the parents of one of the boys and she would often beg the adults to help her, but both parents were deathly afraid of what their son would do to them should they intervene.

For 44 hellish days, Furuta was held captive. She attempted to escape multiple times but each attempt ended in failure. Malnourished, she eventually succumbed to her injuries. After her death, the four boys found a large oil drum; they dumped her corpse inside and filled the drum with concrete. All four boys were eventually arrested and charged with the crime, but none received the life sentence they clearly deserved.

I can't imagine a parent being so afraid of their child that they would allow this kind of behavior in their home. I hope that the parents were punished as accesories, at least!

Coffee in the kitchen once again. Still some rain outside.
Posted by HermitJim at 12:00 AM

i agree with you Mr. Hermit. I can't imagine being that afraid of my child that I would allow this to happen. As you said I sure hope the parents were convicted of accessory to the crime. Wow, what that poor girl went through :( Have a great weekend.

He must have gotten away with every thing he ever should have been punished with as a child and I bet they thought it was so cute. I'm even sure he would hit them as he was growing up and got away with that too. And that's how a monster is born. They should have all been given a death sentence. It doesn't say what they did get.

Coffee inside is fine by me. Hope there wasn't any damage from the storm.

Hey Linda...
In a place where parents are usually treated with respect this is very unusual. At least, *I would think it is.
Thanks for stopping by today!


Hey Jo...
Guess the old saying about "spare the rod, spoil the child" is more true than we think. No damage here at my house. In fact, we didn't even get much rain. Dodged the bullet once again!
Thanks for dropping in today, sweetie!

obviously those 4 were born psychopaths.
the romans had a law, the right of the father.
the father was expected to do away with any such progeny by his own hand or could request the elders of the area to see to it.
it was the father's duty as a civic-minded citizen to rid the area from the danger he had produced.