Here is a tale about an outlaw that was used as a Boogeyman for kids back in the Old West days. He went by the name of Queho. 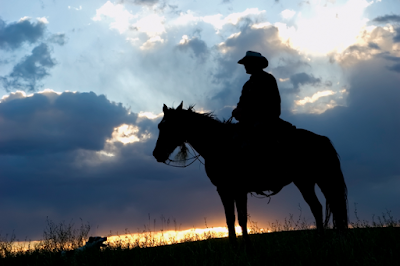 Queho was an enigmatic figure who wavered between serial killer, boogeyman, and scapegoat. Not much is known about his early life—or his life at all, really. He was born sometime in the 1880s, the child of a Native American mother and an unknown father. His mixed heritage made him an outsider from the beginning.

His first experience with murder was said to have been when he killed his brother, Avote, for killing another man. He left his home in Colorado and headed to Las Vegas, still a blossoming frontier town, sometime around 1910. It was there that he was completely corrupted by whiskey, and it wasn’t long after that his name was used to scare children into being good and dragged up in association with unsolved murders.

Within a few years, any mysterious miner death was being ascribed to Queho. He soon had a $2,000 bounty on his head and wisely dropped out of sight.

In February 1940, a mummified corpse was found in a cave not far from Hoover Dam. Based on its double row of teeth it was declared to be the elusive Queho. His remains traveled around for a while, used as the centerpiece of a Las Vegas Elks replica of his cave and later stolen, scattered, then recovered. He was finally buried, but it’s still unclear whether he was guilty, falsely accused, or perhaps a combination of the two.

Sounds to me like it didn't take much to make Queho into the boogeyman. He probably fit right in as a scary figure.

Coffee out on the patio this morning, but be warned...it's gonna be a hot one!
Posted by HermitJim at 12:00 AM

Some people will create a boogyman just to control others. Weird story!

Hey Linda...
Funny how that works, isn't it?
Thanks for stopping by today!

I either read or heard about this person it came to mind when it mentioned his double row of teeth. I believe the Mexicans still use this name to scare children hahaha either that or it's another. The spelling of name makes it hard to pronounce.

Hope it isn't to hot on the patio. It is beautiful right now here but it isn't going to last.

There have been, is now, and always will be really bad people that live of the lives of good citizens and take the lives of many innocent people. He did make a good "Boogie Man". One that would scare kids into behaving. . . maybe.

Hey Jo...
I'm surprised that more of us haven't heard the name before. Seems like it would do the trick of making the kids behave.
Thanks sweetie, for dropping by today!


Hey Dizzy...
You have to wonder just how much of his legend was true and how much was made up. Guess the legend or myth was enough for a boogeyman.
Thanks for the visit today!