Tom Ogle And His Carburetor...!

Ever notice how someone can come up with an invention that would really benefit mankind, only to have that invention blocked at every twist and turn by the PTB? That seems to be what happened to an inventor named Tom Ogle. Here's part of his story... 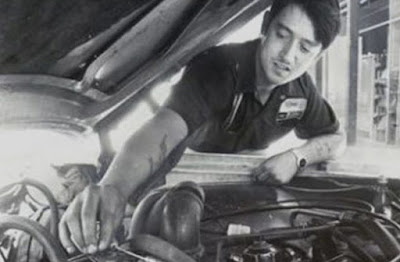 Everyone would like to get more mileage per fill-up, and some of the more recent hybrid cars have been able to do a great job of getting you farther with less gas. Unfortunately, we have yet to attain anything quite like the documented successes of mechanic Tom Ogle.

In the 1970s, this inventor created a new type of carburetor, the likes of which had never been seen. Much like today, gas and oil companies back then had a monopoly in the market. Although Ogle’s carburetor was tested and shown to travel up to 48 kilometers per liter (113 mpg), his invention was never produced commercially.

The revolutionary component worked by pressurizing gasoline into a vapor cloud, which was then injected into the firing chambers. Licensing setbacks and hurdles ensured that the carburetor was never mass-produced for use in vehicles, and Ogle died with its design information.

Does anyone besides me find it interesting that folks like Tom, who was blocked by forces we can only guess at, ended up dying with their design secrets unshared? Sadly, this happens more often than we might like to admit. After all, look what happened to Tesla and his design for free energy for all!

Where is our John Galt?

Hey Momlady...
Where indeed?
Thanks for stopping by this morning!

Yes gas n oil companies don't want anything to kill their profits. Now Mr. Ogle is gone and so is his wonderful money saver.

I'm ready for some patio time with you.

From that information, some aspiring young engineer should be able to reverse engineer it. Coffee sounds good this morning (every morning)!

I, like everybody else, could surely benefit from his invention. It is sad that persons or industries that be are more interested in protecting their profits than actually helping "common Joe Blow". I will definitely have a cuppa and thank you kindly. Love you, Bubba.

Hey Jo...
So many things are controlled by the almighty dollar that it's a shame. The common man doesn't stand much of a chance, it seems.
Thanks, sweetie, for dropping by today!


Hey Ian...
You would think so, wouldn't you? I wonder if anyone even tried?
Thanks for the visit today!


Hey B...
To big business, profits will always come first...forget about the little guy.
I appreciate you coming over today, sis!

I would like to talk to the CEO of a big oil company, and my suggestion would be that if they got at least 80% of the profits, or practically owned the fuel efficient carburetor company, and gradually increased oil prices so that people would be persuaded to buy the system, if then they would finally allow such a thing to exist.
Although there would also be a program where if the owner would like to keep everything on a old vehicle original, that they be able to certify it "mint condition classic" (35+ years old and everything is in impressive condition), and get a major discount on fuel, but only so much discounted fuel per month to discourage people getting it with their classic to cheaply refuel efficient vehicles or sell it and make profit.